This is an overview of the first three installments of the highly successful Scream trilogy, which will get a fourth chapter this week. The guide is spoiler-free, no revelations of the idedntity of the killers are made, it is just here to give a general feeling of what this series is about and why I think it should be watched.

What was that idea?
While each sequel to the brilliant original Nightmare was forgettable slashing (although part 3 was pretty nice) New Nightmare albeit not very balanced had a new and very interesting story-idea: it was breaking the fourth wall, taking place in “the real world”.

We all know the trend of killing of the villain to boost boxoffice performance because you announce the film as “The final chapter” and Nightmare on Elm Street did the same thing, they killed off Freddy in a Speed Racer Award-worthy “Freddy’s Dead: The Final Nightmare”. And New Nightmare turned out to be a sequel, even though Freddy really was dead! 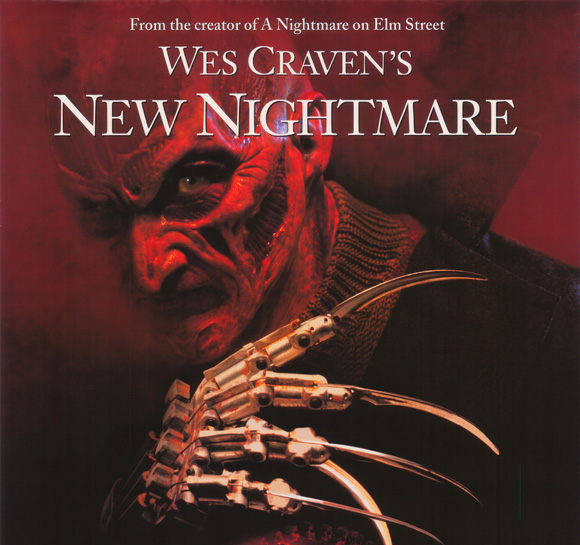 How could that work?
Well for starters New Nightmare was the first movie in the series since the original that was directed by Wes Craven and he decided, that New Nightmare would take place in Hollywood, following Heather Langenkamp, who played the heroine Nancy in the first and third movie of the series.

The entire movie had the feeling of a meta-reality, acknowledging the fact that the first six part had been horror entertainment, this movie dealt with the reason we tell us scary stories, the reason why horror exists and the impact Freddy had on popular culture – to say it was a breath of fresh air would be an understatement.

Yet it should take two more years for this concept to take off, fleshed out, strung together by a witty screenplay and still being a thrilling horror movie.

I cannot speak how it felt to watch this movie in 1996 since an rated-R movie was not much of an interest for my seven-year-old self, I just know how it was, seeing the movie with ten years. Now it should be noted that this was my first serious horror movie and that I of course was not able to look at the satire behind it, just seeing the horror.

It is about a killer wearing a ghostmask (modeled after Edvard Munch’s The Scream) hunting the main character Sidney Prescott. What makes the first still the best is the fact that it is basically putting a group of everyday people into a horror movie, speaking directly to a generation of teens that have seen every possible horror movie imaginable.
The guys who always know better than the protagonists, who know that you shouldn’t go outside to check a weird noise now find themselves in one of those movies.

Yet this self awareness never results in the movie not taking itself seriously or throwing believability out of the window, it only enhances the story and made Scream unlike any mainstream horror movie before. Later on there would be Scary Movie, a “spoof” more or less taking the scenes from Scream (and other movies) and just beating a dead horse. I must admit in school there was no funnier thing than Scary Movie – the same way I guess right now Vampires Suck is like totally funny and supercool! – and it took myself a long time until I revisited Scream, realizing that everything that was funny about Scary movie has been directly taken from Scream and made comprehensible for children and stupid people – and stupid children of course but that goes without saying.

It warrants an entire article on its own, but just for an example: In Scream 1 when encountering the Ghostface killer Tatum assumes it is her boyfriend mocking her so she says:

Then the slashing continues as usual, it is just a fun throwaway line before the stabbing continues.

Well if you didn’t get it, here’s the 2:13 minutes long beating the dead horse:

In case it was too subtle, she was mocking horror cliches of girls getting killed.

The first movie also was a big victim of censoring especially in Germany where the current DVD Version has been cut down by a few minutes. Never having seen the original cut before last summer I thought “what difference can one minute make?” and it seemed like people were overreacting because there were 2 liters less blood in the censored cut. After having scene the original version where the killer meets his demise in a fantastically hilarious yet poetically gruesome way I can say: try to get your hands on the unrated cut.

I don’t mind gore getting cut down, but when violence is a tool for the story – especially in a film that makes a statement about violence influencing teenagers and adults – then for Christ’s sake leave it in!

Apart from the brilliant dialog which from time to time makes this look like a Tarantino film (you know, the one where everyone seems to have a major in movie history even athletes and cheerleaders) the thing that was different about Scream was that the people starring where not the superhot pornstars you were expecting.
There is more than one instance of horror movies using the R rating as an excuse to show nudity so you better have the big boobs as your star – not so with Scream. Scream’s protagonists were everyday guys, some pretty, some not so, some Matthew Lillard and the protagonist Sidney (Neve Campbell) was “just pretty”, no sex goddess, but instead the pretty girl from next door, which again works in favor of the movies realism despite being self-aware.

The story works, the characters are well rounded and those who survived were even more fleshed out in the sequels. Both killer and motif fit very well and were less an excuse for slaughter than enhancing the backstory of Sidney and not just feeling like a tacked on excuse for a slasher movie.
It could have been a great standalone, but to quote the killer:

Because let’s face it Sid, nowadays you’ve gotta have a sequel!

Following the complaints that Scream was featuring an all white cast Scream 2 amps up its breaking-the-fourth-wall attitude by featuring a black couple watching “a dumbass white movie about some dumbass white girls getting their dumb white asses the fuck cut up” – naturally both die after complaining in the cinema that the white chick in the movie Stab (an adaption of the events from part 1) was too stupid to get away from the killer.

Scream 2 is bloody as hell. I remember being grossed out by this one because there seemed to be useless over the top slaughtering, but that is the funny thing about the Scream-series: it walks the fine line between mocking and being serious and if done correctly (Scream 1 and 2) you can never be sure if it is a satire or just by accident.

There are more jokes about movies, starting with a conversation about the nature and reason for having sequels. The location of Scream 2 is at a university campus where Sidney is studying acting and it is a trend that will continue in Scream 3, the movies slowly progressed from the sleepy village setting to something more elaborate/cinematical, thereby always loosing a bit of the grit that made the first one stand out. The Campus is of course an excuse to have loads of girls like Sarah Michelle Gellar getting cut open, but it also serves Sidney’s progress as a character.

The motifs range between modern and “old-fashioned”, but they again fit the story, revisit the first part. The final revelation as well as the usual “killer explains his plan” talk is one of my favorite parts. This scene is in my eyes better done than the explanation from part 1, while the revelation of the killer in part 1 is way more dramatical.

Scream 2 just proved again what makes a good sequel: not doing the same thing the first one did, but still honoring the first installment. By doing so Wes Craven has created two movies between which I can’t decide what to prefer – therefore making both unique pieces of art that are able to stand their ground on their own while still telling the same story and progressing the characters.

Rule Nr. 1: Every character (including the protagonist)
can get killed
Rule Nr. 2: The killer has supernatural powers
and stabbing him is not enough
Rule Nr. 3: The past is going to return

Now here is where it gets dirty.
When this movie came out it was naturally the greatest Scream movie ever! Coming from the same kid who said that Star Wars the Phantom Menace was the greatest movie ever.

The third and (then) final installment received a lot of critical flack and while I can see and understand the complaints I guess I will always have a soft spot for Scream 3. Part 3 continues the trend of making the series more fake and goes directly into Hollywood, where the production for “Stab 3 – Return to Woodsboro” a sequel not based on a true story (like Stab 1 and 2) is in full gear.

The opening kill also gets rid of a great possible plotline that had been connected to part 1, was reused and revisited in part 2 and then dropped for a short cameo in part 3. The entire movie is about people getting killed in the order of their deaths in the film until the killer decides to rewrite the screenplay.

Being set directly in Hollywood made the movie lose the last spark of “gritty, witty reality” that the first had and the second managed to keep. The victims and protagonists behave more and more like cardboard cutouts and the kills are over the top (exploding house anyone?).

But! Here is the things that save this movie:
The story of Sidney is a logical continuation of parts 1 and 2. Living in isolation and being constantly afraid of a new copycat ghostface. Same goes for the remaining supporting characters who made it into the “final” round.

The setting of Hollywood allows to revisit Woodsboro but not actually be in Woodsboro. The entire background story about another dark secret of Sidney’s mother is interestingly done and sometimes right out creepy, I mean watch this:

The motif of the killer is withheld for the twist ending. Although the killer has a strong personal connection, the impact of his revelation is not  nearly as strong as in part 1, but the background story of the killer fits the entire series. Of course it rewrites the entire backstory, but isn’t that usual for horror movies?
Remember…. the fine line between satire and using a cliché…

Scream 3 is over the top and not on par with part 1 and 2. I guess if the victims had felt more real and less like the usual stock humans to cut down it would have been a movie that rivaled the first two, but since it doesn’t ruin anything it felt like a great ending, going back to the beginning, dealing with the reason why the events of Scream 1 happened while simultaneously tying it to the movie industry and offering another interpretation of “movies can ruin people’s lifes”.

Also the characters overcame the obstacle and all in all it was a good conclusion to a story, knowing that you should stop before you are beating a dead horse (looking at you Saw). So why exactly do we get…