Wow… just wow, either the security on the Batman sets is just lazy, the fans are so good or Warner Brothers doesn’t care if people see the things up front and make free advertisement without any viral marketing at all.

A new bat-vehicle has been spotted: 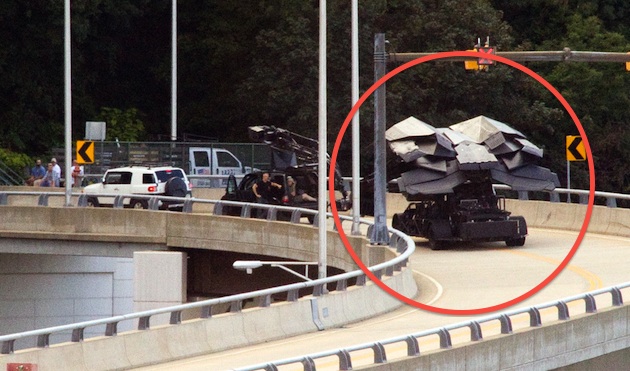 And again there are very good quality videos of the thing flying (courtesy again of subaruwrxfan for another HD video onslaught). But while first speculations were about a Batwing, aintitcool (head over for intensive coverage as well as Gotham in the snow) now confirmed that this neither a bird nor a plane, it is a Bat-Copter where the rotor blades will be added digitally in post production.