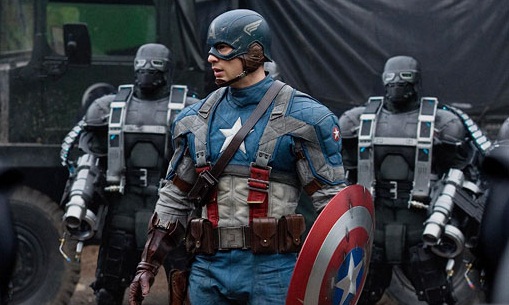 is it a proper film or just a tie in?

how much propaganda can we expect from a movie called Captain America?

Captain America tells the story of Steve Rogers (Chris Evans) who starts of as tiny and weak until he gets into a special  steroid program during World War II, so he can finally go to war. Over the course of the story he has to face off with Hugo Weaving who runs a special division of Nazi soldiers that would have won the war had Hitler made use of it instead of giving it to the guy with a red head.

Captain America is nothing new, it is a generic by the numbers comic book movie and lends itself for a great drinking game: take a shot for every cliché, you will have a lot of shots.

Seeing how strong the first Iron Man started it is a pity that the best one can say about Captain America is that it is a “standard superhero movie”. That kind of movie that comic book fans will find ok, entertaining, but for all the people who are still not convinced that comic book movies can be engaging this movie just reaffirms their prejudice. There are so many scenes we have seen a million times including a “falling down without seeing the dead body”-“death” it is just laughable.

And contrary to Thor this movie while burdened with special effects is not remotely as visually appealing as Thor. Whenever they get into some crazy Nazi-tech it even takes away from the movie instead of Thor’s case where the (on first glance ridiculous) Asgard scenes make the movie standout despite it’s standard story.

Also notably are the performances/characters. Chris Hemsworth is just sympathetic as Thor, his character is rough but has a good core whereas Steve Rogers is designed to be a role model from the get go and comes across as pretty generic as a result of this. All the edges are taken away because he is a good man.
The idea of choosing Steve for the supersoldier program is actually pretty nice as they say “A weak man will never forget the value of strength (loosely quoted)” which is a great idea, but that’s about it. The rest is “he is a good man”, a storyline as ripe with conflicts as “you have a strong heart”.
Hugo Weaving is more distracting than helpful since in my head I always hear “Mr. Anderson” when he confronts Captain America and the rest of the supporting cast is… there… I guess.

The tie-in
After Thor showed that this Avenger concept might be ok, Captain America goes back to Iron Man 2 and sacrifices its story to be a 2 hour trailer instead of a self contained story. Even though 99% of the movie is set in the past, the story feels like they had to hold back because the Avengers were still on the horizon. The story feels more like a “here is the story of another guy you will see next summer in another movie”, the big sacrifices (similar to Thor) feel cheapened when Samuel L. Jackson appears. All possible emotion is drowned and reduced to clichés as if the filmmakers knew: no matter what we do in World War II, the interesting story will begin in 2012 so we are stuck with the origin.

Contrary to Thor there is precious little conflict. The villain is generic and I am getting tired of villains being the hero in evil form (Iron Man 1.2. Hulk, partially Thor) plus when you are in 2011 “blowing up earth because I am evil” does no longer make an interesting story. 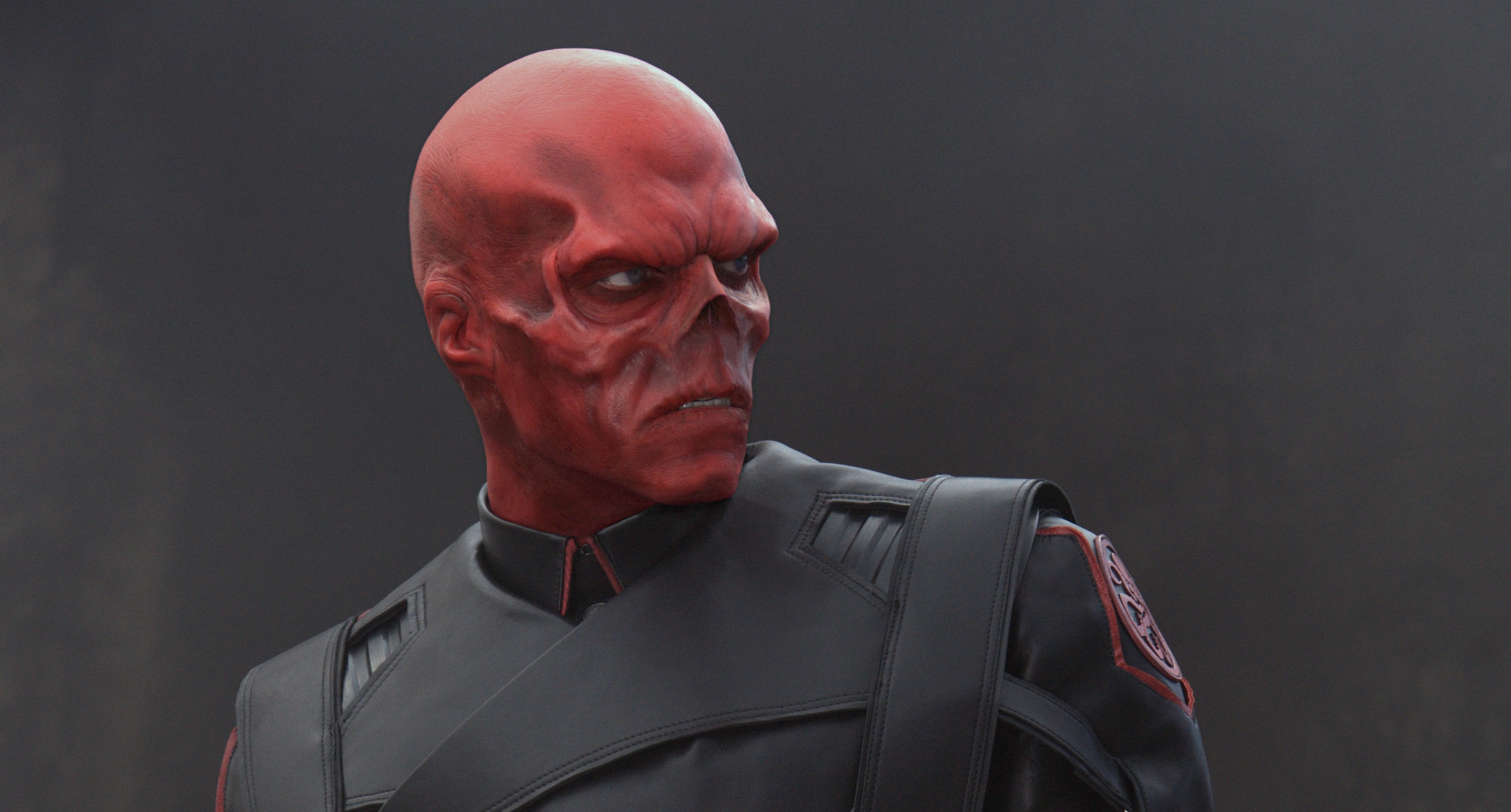 And on a personal sidenote I have a problem with heroic heroes that are nothing more than big guns that shoot down people – Iron Man can do this because he is a jerk and most importantly he is human with big errors, whereas a god-like hero as Superman who really stands for values we should strive for cannot just go around killing people that are in his way.

So what about the propaganda?
No matter how hard the producers try to sell this movie as not a propaganda movie, a superhero created during World War II who punched Hitler in the comics can never escape his origins. And speaking for the American market… why should he?

What is very sneaky about this movie is that the propaganda is no Michael Bay American flag waving the patriotism in your face. The producers realized that they had to kill two birds with one stone: restoring good old pro America feeling while still keeping the movie accessible for oversea audiences (who are a growing factor for money).

A few years (pre 9/11) people weren’t so cynical about America, so stating “American way” was not immediately greeted with eye-rolling. Superman even proclaimed he stood for “Truth, justice and the American way”. America was equal with all those values or at least it was perceived that way. But after we had eight funny years of alcoholic warfare and racism America is no longer the strong moral guide. In Superman Returns, a movie who shamelessly ripped entire segments from the original the above mentioned line was changed to “truth, justice, all that stuff…”

So with Captain America they try to resurrect this myth. Instead of saying “America implies great values” they just use Steve Rogers to rise up and represent those values… and he so happens to be an American. He doesn’t want to kill Nazis… that is not important for the military he is working for… which so happens to be American. This military is not a bunch of redneck soldiers wanting to shoot, they want to fight tyranny in all its form (anyone thinking of the great “liberate the people” excuse when they went to Iraq?).

It is never stated that America is the greatest country in the world. Joe Johnston, the director, even joked that the movie could be called Captain Sweden because the country was not important and it was more about the values – as I said they want to appeal to the international market as well, but at the end of the day Captain America and all his heroics just happen to be in America where soldiers are doing the best for their country. Steve Rogers in the movie is pretty much a victim of war propaganda, he is borderline fanatic about joining the war, because it is his duty. Because he represents values and thinks everyone should uphold those values…

… that those values and determination stem from one sided American war propaganda is a subject the movie doesn’t touch.

Verdict
Saying that the movie seems to have a lot of problems seems harsh and partially wrong. Unless we count laziness as a problem which this movie is more than guilty as charged. Aside from one funny scene where they are poking fun at Cap’s origins there is nothing in this movie that hasn’t been done better somewhere else. Objectively this movie should probably be “above” Transformers 3 seeing as it is nowhere near as offensive. But to me both movies were boring and dragged but one of them at least had something shiny to hold into my face and keep my childish mind distracted (not that either of the two movies is a movie I will buy on DVD as soon as possible).
If you really really really like those Avengers movies then you might find it entertaining, but that’s about it.