Avengers have a second villain

So naturally spoilers ahead:

Next to Loki (Tom Hiddleston, Thor) the Avengers will face off against another villain in 2012:

Now I am not the man to ask who this guy is since I have no idea of Marvel comics, but he will probably be some interdimensional overpowered supermonster. 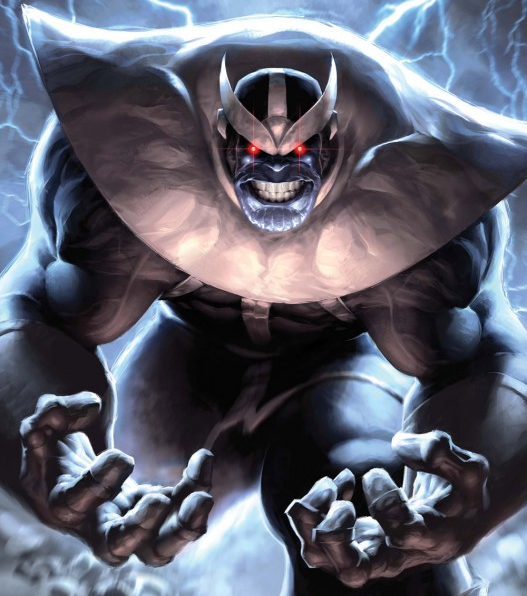 The source is Latinoreview and Comicbookmovie.com (warning, the same site that “confirmed” Black Mask for Batman 3, but this time they seem a tad more reliable), here is what they said:

OK, so…The other big villain we will see is THANOS. Latino Review broke that news in May but since then it has been pretty quiet regarding that. Well, according to my source, he is indeed in the film and the mysterious aliens everyone is talking about, is his army. As for the plot details, well, it will be very interesting…
Basically Thanos makes a deal with Loki (like Hiddleston said in one interview that Loki makes some shady deals) to get him the Infinity Gauntlet. He trades his army for the Gauntlet. And that’s about it. No word on what ‘Leviathan’ is though.

The Ultimate Marvel imprint title Ultimate Fantastic Four features an alternate universe version of Thanos who is the ruler of Acheron, a vast empire consisting of thousands of worlds that exist in another plane of existence. His son is Ronan the Accuser, and is in possession of a Cosmic Cube.

I am starting to get more and more curious if the Avengers will pull this off or spiral into a CGI/character-overkill.