Women in comics and their zippers…

This article will be a dissection of a big problem our 21st-century society is facing: unreliable gears for superheroes. Especially the insufficient quality of zippers is something that is swept under the carpet way too often…

The female dresscode
When you are a woman in a comic book, you have certain advantages: you can just go into a store and buy the next dress – it will fit perfectly since for some reason female bodies have evolved into exactly the same shape: 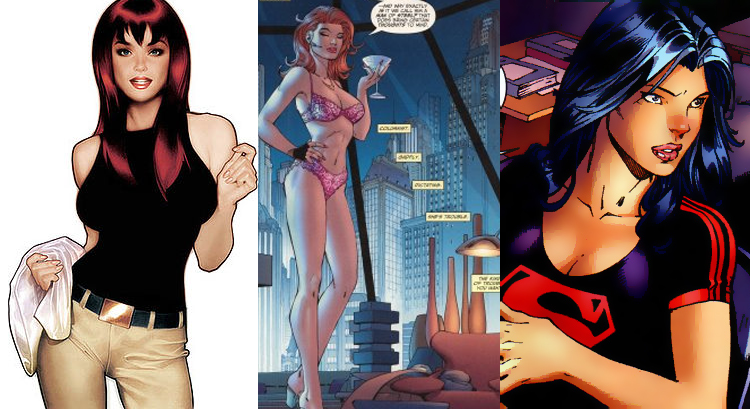 So after getting dressed, you should go to work, do anything. A woman with your figure has to be around superheroes, otherwise you will never be involved in interesting stories. But don’t be disappointed. At least you are treated like a human being and not like a total toy, thank god for not moving to Chicago… 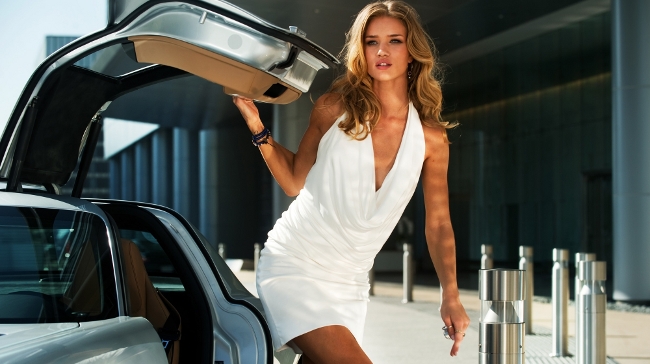 Still there might be some risks. At first a bit of dangling and screaming might give you a fun adrenaline rush, but it is not for the faint of hearts if you get kidnapped every week. Then on the other hand there are advantages of dating a superhero – because you have no way of putting up with the bad guys he will always be there to save you. Sounds like a perfect plan, what could go wrong? 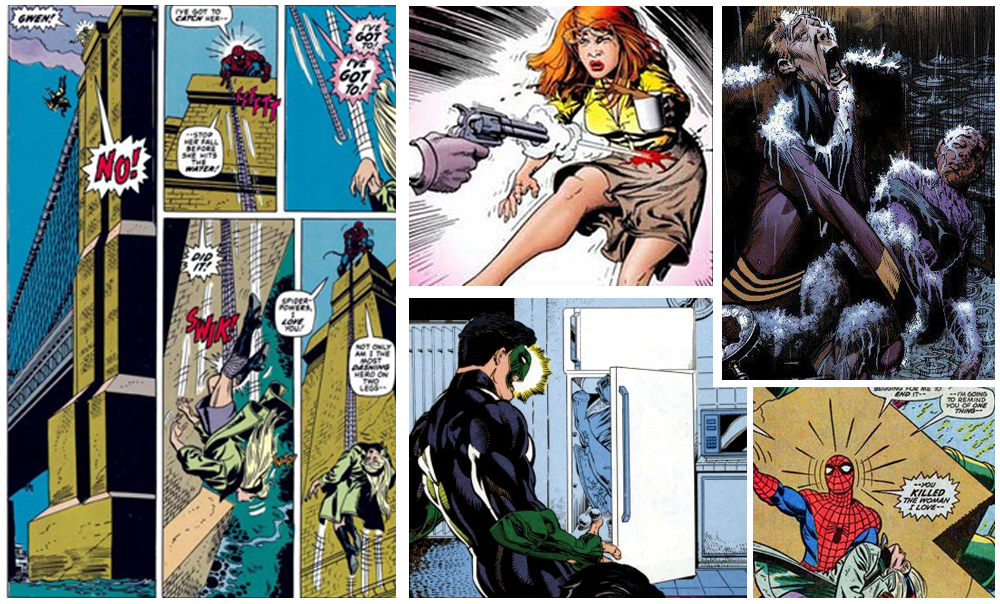 Then better become a crime fighter
So maybe some superpowers might indeed be nice to protect yourself, with your new found identity you will be able to swing around and fight for justice.

But there is a downside to this: material.
You might not have heard what tragedies happen behind the scenes. The insufferable conditions are covered by a huge lobby. They are trying to hide the fact that superhero-gauntlets are of alarmingly inferior quality. Enormous sums are charged for superhero-suits, yet none of them has achieved to be reliable when fighting crime.

Prominently Selina Kyle a.k.a Catwoman was spotted around Arkham City, where for the first time in her long career she thought she would die for sure:

You have to understand this, I am out there, in the night, trying not to get caught, wearing black to camouflage my skin and blend in… when that zipper gets stuck. I try to hide in the shadows, but my upper body is like a target and Black Masks guns are aiming for me.

Miss Kyle narrowly escaped – the zipper that almost cost her her life was still not functioning on the day this interview was taken. Due to the amount of skin revealed she almost died of a fever and pneumonia. 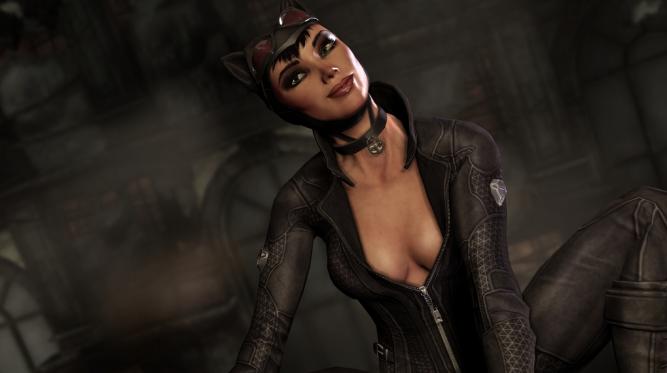 Not just a single incident
The sad story of Miss Kyle is a fate shared by many women. Director Matthew Vaughn (Kick-Ass) had to face similar obstacles in X-Men: First Class:

Our artists had prepared an incredibly useful snowsuit for Emma Frost (January Jones), but when we tried to put it together we had to find out that the zipper was broken, so January couldn’t close it. It was very frustrating for the entire team, having designed such an elaborate suit that eventually didn’t work like we wanted it.

Worse than this already heart-wrenching story was the fact that most of the production budget of X-Men: First Class had been spent on this suit, so costumes for other scenes had to be scrapped.

At the end we had to save everywhere, so we just rewrote scenes to feature characters in lingerie since it was the most cost effective way to shoot. Rewriting the story to fit this last resort made me wish we had invested more in zipper-development… 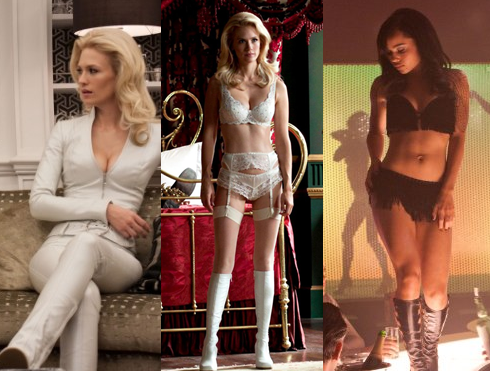 Even though the malfunctioning zipper is a well documented problem, there seems very little to be done to prevent those things from happening.

It seems as if studios deliberately put actresses in danger.

We tried to work around this problem in Hellboy II by giving Selma [Blair] a combination of tops and jackets because zippers are just too damn dangerous. If your protagonist is wearing a skin tight suit held together by a zip, then I don’t want to be in a four mile radius when that thing breaks loose… 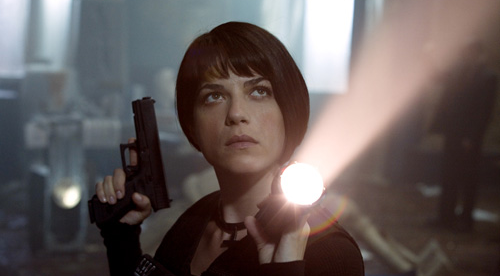 The future
But the pleas seem to go unheard, as recent photo’s from Marvel’s Avengers surfaced, showing Scarlett Johansson as Black Widow. In a dangerous action scene, her wardrobe malfunctioned and her zipper ripped half open, rendering acting the scene even more dangerous than it had already been. Because of time and money constraints a second zipper was not around, so the scene had to be shot with the damaged suit and a frightened to death Scarlet. 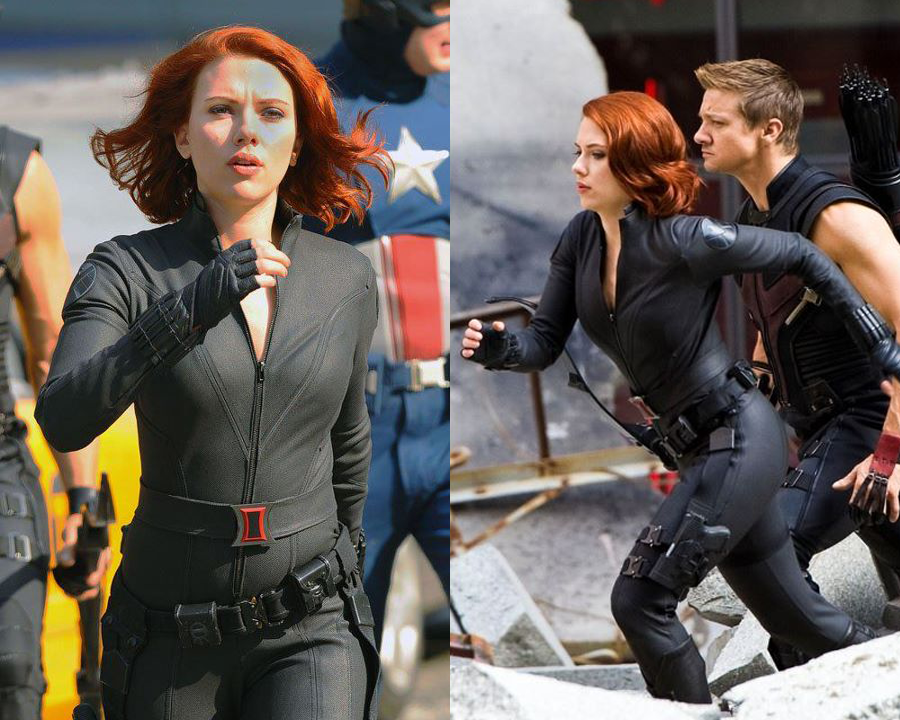 I was just happy when it was over, I mean Chris [Evans] and Jeremy [Renner] run around in their suits, focusing on their jobs and I have to worry that my zipper rips open and I cannot move properly. Who knows, I could get caught in something…

But some people in the industry are aware of this problem…
The zipper-problem seems  unsolvable. Millions of technicians have already tried, but it never seems to do the job: 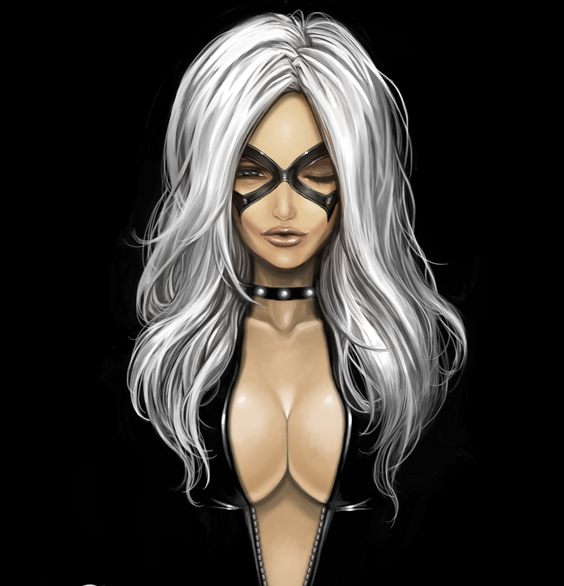 As can be seen by this portryal of Black Cat almost tearing up when her zipper betrays her.

But is truly all hope lost?
Of course not!
There still is a bright spot on the horizon:

With 250 million dollars The Dark Knight Rises has 65 million dollars more budget than the recent third installment of Transformers. Insiders speculated that about 50 million is put into zipper research for the new Catwoman-outfit. And it seems to have been guessed correctly. The first picture of Anne Hathaway as Catwoman will probably go down into the history of costume design history: 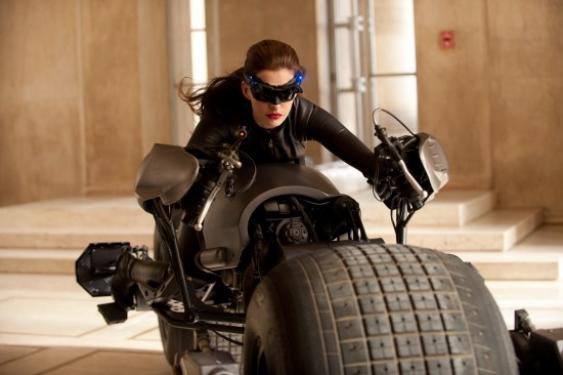 The zipper is closed!

It seems that this lifelong problem has been solved!
Now we have to hope that whatever material this new zipper is made of is affordable… otherwise it will remain a luxury that cannot be afforded by regular heroines. Because as can be seen looking at the new outfit of Harley Quinn women seem to have barely enough money left to cover their bodies: 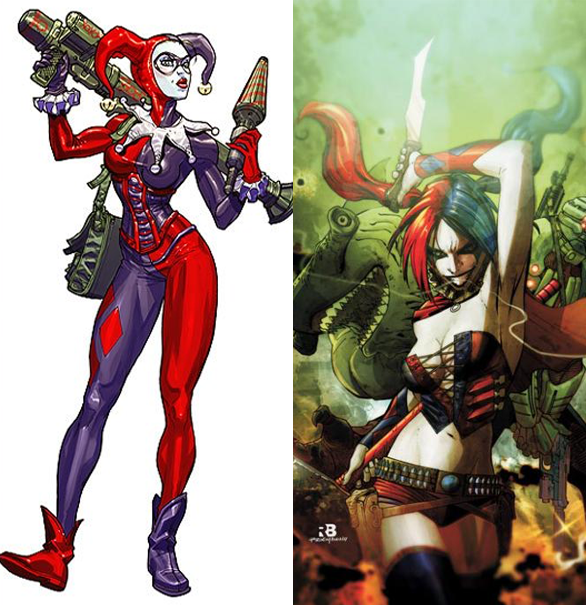