Foundation Trilogy gets a writer 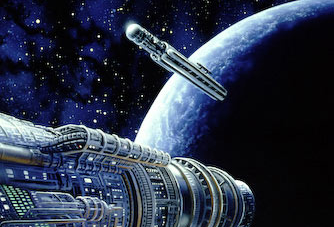 Isaac Asimov is a very recognized name in the realm of sci-fi literature. His stories are either intimate tales about the line between artificial intelligence and human intelligence or stories that span centuries chronicling a space civilisation.

His Foundation-trilogy is one of the latter and Sony is moving ahead with their plans of adapting the story for the big screen.

Writer Dante Harper has been hired to write the screenplay for the adaption. Roland Emmerich is set to direct. I still have to read the trilogy since I barely scratched the surface the first time I started.

The story is about a collapsing empire and a man who decides to create a place, where our cultural heritage is saved when the empire eventually vanishes. This is the setup for a story that spans centuries of conflicts. At the beginning (the part I finished) it reads more like short stories that deal with possible threats for a culture and every time a conflict surfaces there has been a calculation to prevent it from happening – everything seems to have been planned out using the science of “psychohistory” to predict the most likely outcome.

While psychohistory is yet a fictional term there are indeed a lot of models trying to do exactly this: predicting future markets, population and all that stuff.

So the story is very intriguing from a social point of view. Problem is the time: it spans decades of century so the writer needs to find a balance between adapting the story and making it accessible for a 2-hour movie. Roland Emmerich directing is a big wild card since he is not really known for having good stories in his movies. Then again I have yet to see his explosion free Shakespeare drama.