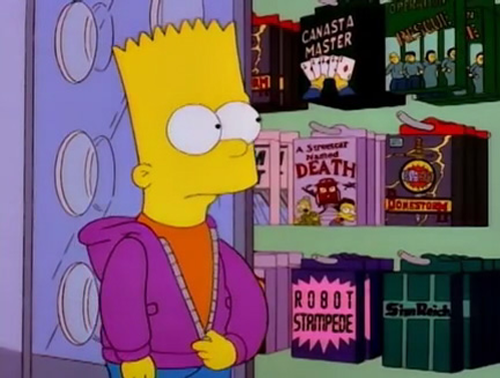 Marge be not Proud is one of those episodes – it tells the story of how Bart becomes a shoplifter because he wants a console-game but can’t afford it. What follows is a story of guilt and disappointment with the main conflict being between Marge and her son. When they want to take a family photo (which Bart has managed to mess up every year) the shopsecurity reveals what Bart has done.

Issues of trust and understanding are raised – sprinkled with still quotable Simpsons humour – and painfully remind us of how great The Simpsons had been with a limited 20 minutes whereas with the newer Simpsons 20 minutes seem way too long for the overstretched and unfunny jokes.

The episode reaches its climax with Bart stealing out to take a picture of himself to make up for what he has done – which initially gets mistaken by Marge since she thinks that Bart has been shoplifting again.

The change between anger and motherly love is a truly gripping moment – something we look for in newer Simpsons in vain. 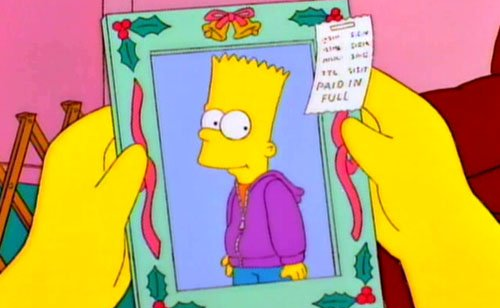