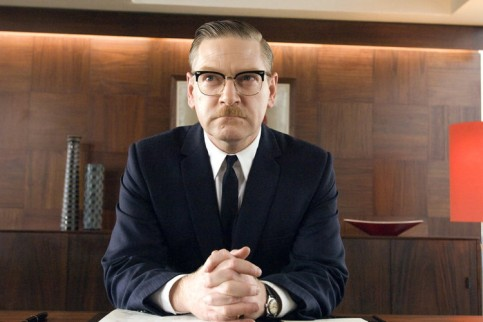 One of the strong points of this movie which is about a group of DJ’s illegally broadcasting rockmusic from a boat is the stark contrast between the people on the boat and the British government.

Led by a caricature played by Kenneth Branagh (who recently directed Thor) the government hates on rock and roll music and prefers classical music. People who listen to rock take drugs – is Branagh’s mentality and his overdone prudishness is taken to the ultimate level when you watch his Christmas celebration after the heartfelt Christmas you have spent on the boat.

The scene plays out in a hilarious way, relying on the contrast of sound, setting and character…but what am I talking… just watch the movie if you haven’t yet seen it!