So finally I managed to catch The Artist. A silent movie about the end of the silent era. It is the heavyweight of the Oscar movies and unless a big miracle happens it will win best picture. I was very skeptical because two of my friends had seen an early screening of the movie at the Viennale and while one was raving about it the other was surprisingly solemn about it. And the fact that this friend shared exactly the same feelings about The King’s Speech last year had me turn down my anticipation so that I wouldn’t have the same situation as last year.

The Artist is mostly a silent film and the first 30 minutes I found myself really enjoying the film. The protagonist George Valentin (Jean Dujardin) starts out as a successful silent movie star and is trying to ignore the upcoming sound-movies. On the other hand his admirer Bérénice Bejo  becomes the new face of Hollywood and we watch George succumb into self-pity and -loathing.

Within the mentioned 30 minutes I relaxed a bit and started to hope that this would not be another The King’s Speech disappointment for me. Especially a nightmare sequence was a really impressive example of how to use sound and I loved every second of it. Sadly after this sequence the movie began to spiral down and quickly became uninteresting. 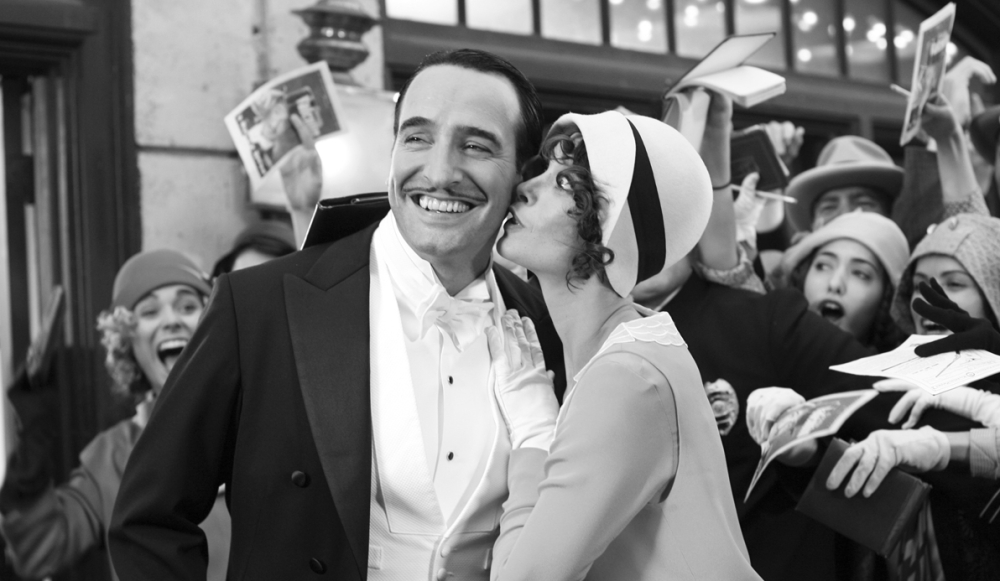 Pulling off a silent film and making it accessible for a mainstream audience is a pretty big feat, but it didn’t pull me in near the end. The storytelling at the beginning is very well done and shows how much story one can translate without actual dialog. Some of the plot points are told via intertitles but even without them we can tell what the characters are thinking.
When the depression hits the movie gets really slow and predictable. What starts out as an interesting insight into the life of stars and how producers decide the fates of them gets stripped down to a depressed guy and the outcome is fairly predictable. The story unfolds in the most predictable way and near the end moves more in the direction that movie rules command and not the direction of the characters. Also there is something wrong when you feel more sympathy for the cab-driver of George than the protagonist himself.

The Ending (a few spoilers)
The Artist starts as an interesting silent movie, gets a bit creative, spirals down into standard depression sequences and tacks a Hollywood ending onto the movie to make people feel happy. Sadly the entire character arc of George allows no kind of redemption – he is a narcissistic, egocentric, simple minded man who is not willing to adapt. But because we need a happy end it gets thrown into the mix.

Verdict
To quote a friend of mine “At least it’s a silent movie” – which is something that redeems The Artist compared to The King’s Speech. The King’s Speech was a by-the-numbers Oscar movie, tailor-fit to tick all the boxes and nothing more. Compared to this The Artist had creative vision, behind it – even if it didn’t impress me at all.