This is the third article in the coverage of the movies related to 2012’s The Avengers. To get to the overview click here.

The best weapon is the weapon you only have to fire once!

The arrogance in the words of Tony Stark is incredible. The way he puts himself above everyone else, leads an overly luxurious lifestyle and doesn’t care for anyone else – he the guy you would not suspect to be a hero left alone like him at all. And yet Tony Stark is one of the strongest if not the strongest hero characters in the Marvel Cinematic Universe.

After Captain America this movie was just an incredible ride. And it is probably because Iron Man feels like an actual movie and not something to kill the time until the next movie. Maybe because it was the first of Marvel’s movies they were a bit more daring and unconventional but unconventional is mandatory when dealing with this sort of hero.

The human hero
Tony Stark starts quite differently from Steve Rogers. He is not dead set on changing the world. He is actually quite comfortable exploiting the fact that people need weapons to gain more money. To him everything is a game and he enjoys a life you cannot help but envy – fast cars, hot girls, worldwide acclaim. 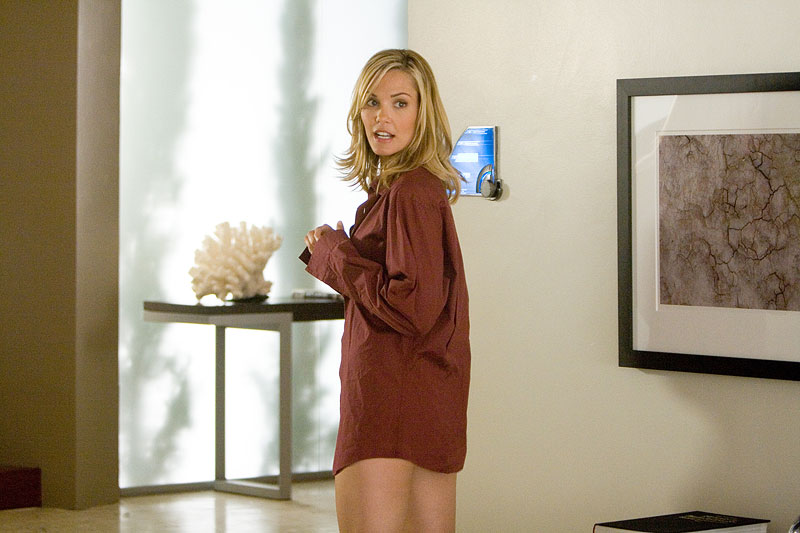 It is not until he gets stuck into a cave when he has to realize that every choice has a consequence. And when dealing with weapons the bill you get at the end might not be what you hoped for. This is another fundamental difference between Steve and Tony: Tony has done something wrong. He has actually failed to be a hero and is faced with something uncomfortable.

Imagine you find out that you are responsible for the death of hundreds or thousand of people. To speak about war is one thing but to actually witness the effects of rockets is something totally different. So Stark has done something like this, something no hero in a standard blockbuster should do because you have to keep it simple. If you show to the audience that protagonists can also be wrong and do terrible things you might startle people and make them think – and who would want that?

The armor
Iron Man is the film that spends the most time grounding the technology and Batman Begins has been mentioned a lot of times by the director and producers. And it is because of this time that makes us long even more for the eventual scene where Iron Man is in full gear. It is a skillful tease slowly unveiling more and more of the armor which makes the eventual moneyshot much more than a cool special effect. 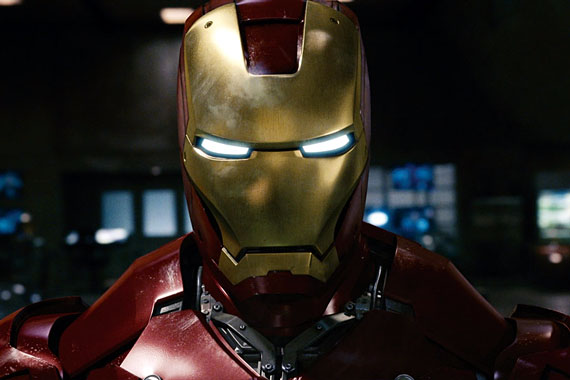 With each iteration of the armor Tony grows as a character. It is not only a technical process in refining the suit it is the evolution of a character. The moment Tony steps up and we finally have the red and golden armor it is not only a construct that is finished, it is the moment that the hero has finally emerged.

Compare this to the moment when we see the round Shield of Captain America. It is too a money shot to give us our final look at the hero. But it feels more like a shot from a checklist “at the 1hour mark we need a cool hero reveal”. Without the a buildup like the one from Iron Man the Shield looks cool but has not nearly the same emotional resonance.

The “war on terror”
Because this movie is a very personal movie the conflict itself is personal too. Tony wants to make up for what he has allowed his company to do. Because of that he is not fighting an evil lord he is going up against a system that actually exists in our world. As with the fact that the hero does something wrong the story also shines a spotlight on a very dark subject which furthermore helps to make Iron Man more than just another hero fight another villain.

A thing one could criticize is the fact that the solution is a pretty childish one. To prevent weapons getting into the wrong hands one builds the ultimate weapon, shoots down everyone else so that you are the person with the biggest gun and then you have “peace”.

But because this is clearly the beginning of a longer story the origin doesn’t need to cover all the bases. Quite the contrary! With comic book movies one has the opportunity to use a contradiction as an evolution of the character.

In Batman Begins for example the character of Batman has not yet developed the radical “one rule”-code of Batman. While he technically doesn’t kill Liam Wolf Puncher Neeson he has the opportunity to help him. When Batman then decides to save the Joker in The Dark Knight it speaks for the evolution of the character.

So weaknesses of the original can become some intriguing storylines in later installments – something one might find in Iron Man 2 but that is a story for tomorrow.

Still existential selffighting can only carry a comic movie for so long, you need a final fight.

The villain
With a story being so heavy on the main character there is little time for the villain to have a significant impact. The problem lies most of the times in the fact that the hero doesn’t become the hero until the second half so the room for potential conflict is a bit narrow. 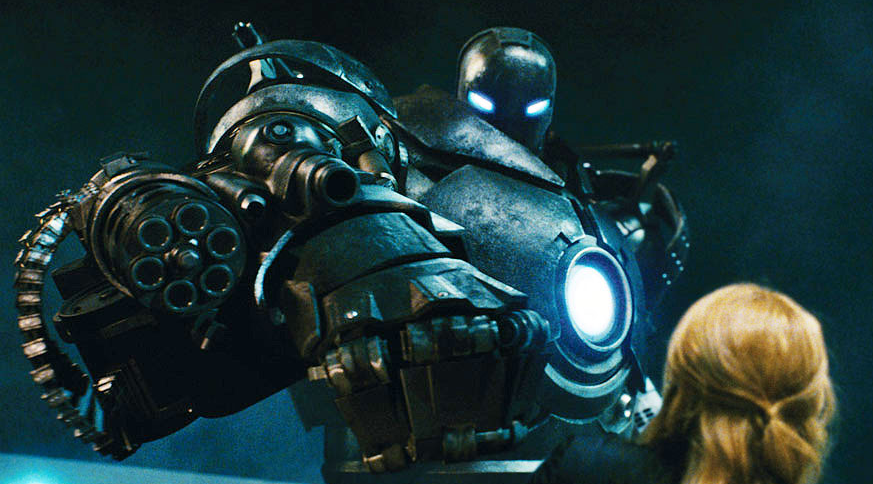 Jeff Bridges does the best to convey a sense of character but Obadiah Stane is not really that interesting. The first second you see him in the montage standing behind Tony with a beard and a dark shadowy face you know that this guy is up to no good.

Being Jeff Bridges and sharing some “friendship time” with Tony helps to elevate Iron Monger above the parody that Hugo Weaving’s Red Skull was. The problem is that the story about Tony trying to correct his errors is much more interesting than two robots fighting each other.

The scene of Tony fighting in Gulmira is much more personal despite the fact that he is fighting faceless terrorists than the two transformers beating each other up.

Using lame puns like “for 30 years I’ve been holding you up” or repeating the name Tony all over again doesn’t help either.

The bigger story
Iron Man is the movie with the least connections to the MCU. Only Agent Coulson has a few appearances as a mysterious suit who keeps harassing the main characters. While the scenes stand out a little because you don’t know why the hell this guy keeps reappearing it is not as distracting as a certain black pirate might be. 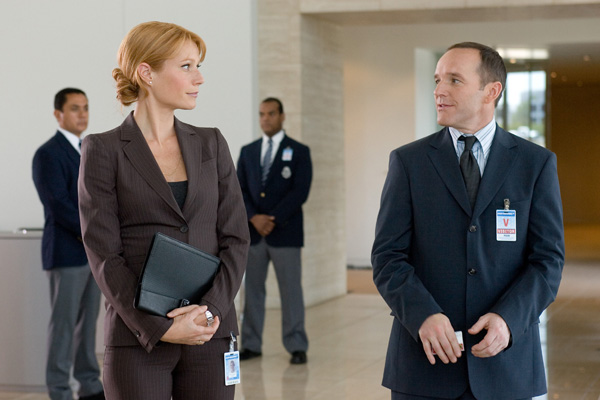 There is also a nice easteregg as Jeff Bridges gets Pizza from New York – you remember the logo for Ray’s Pizza from Spider-Man 2. The after credits scene featuring aforementioned pirate was a nice reward for fans and did not impact the main story so it was one of the less forced nods to the Avengers.

The ending
As mentioned before Stane is not really that much of a good villain. There is a deleted scene with him giving a speech about civilization and arms which gives him a bit more motivation but in the end it is two robots hitting each other. Once again one hopes that the sequel improves on that. But thankfully after the bland fight there is are some fantastic final minutes with one of the (to non-comicbook readers) more surprising twists because

The truth is… I am Iron Man

Verdict
Iron Man did not wow me the first time. I really liked it but the villain threw me off a bit. But there is so much to like about this movie that small problems on the road are not as bad as they would be in other movies. And the fact that I still enjoy the film despite the incredible letdown of a fight speaks for how good the first two acts of the movie are. Once again a sequel should be able to build on and surpass this foundation…

Maybe there is a correlation between my liking a movie and the amount of connections it has to the MCU – this is a wild theory I have yet to prove. I can only say that Iron Man 1 remains my favorite Marvel movies and is probably in my top 5 comic book movie adaptions.

So with the origin out of the way we are ready for a surefire awesome sequel… right? 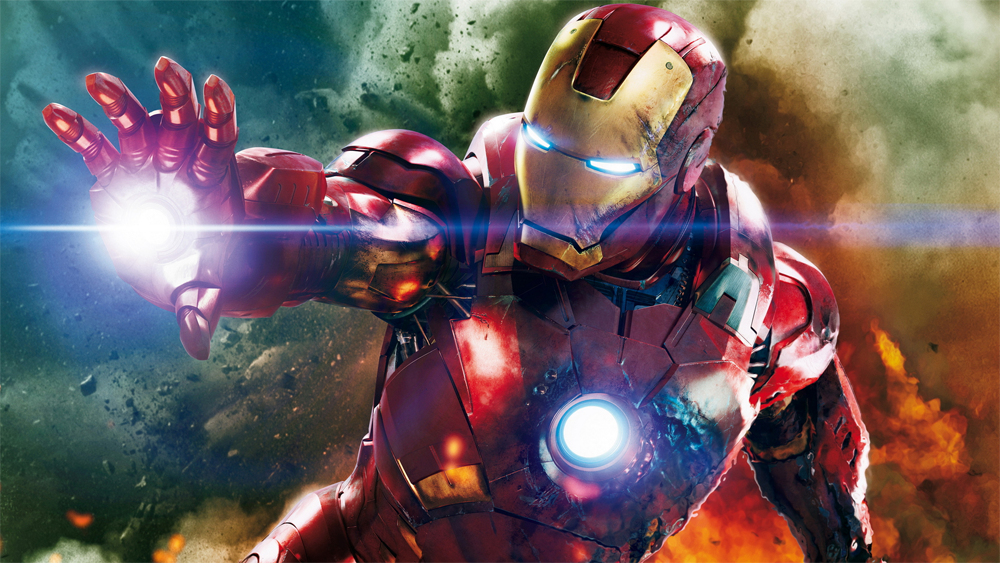