This is the fifth article in the coverage of the movies related to 2012’s The Avengers. To get to the overview click here.
For my original Thor review click here.

Back to the basics
Three movies in, two more to go before the big event and this time we leave earth – for a short time anyway – and head to the mythic realm of Asgard.

Where Iron Man 2 is a convoluted mess with no clear direction Thor is more straight to the point. It is an almost self contained storyline about two brothers and their rivalry traveling from strangest fantasy realms to New Mexico.

The hero
Thor (Chris Hemsworth) is a bit different to the other heroes as he already appears with his full powers. He wields his hammer and knows everything about the realms. He is a pretty seasoned hero so this is a refreshing break from the other heroes who start out small but then get thrown into this crazy world.
Aside from the opening framing device the movie throws us full frontal into this chaotic fantasy world never pausing for the audience to explain how it works. 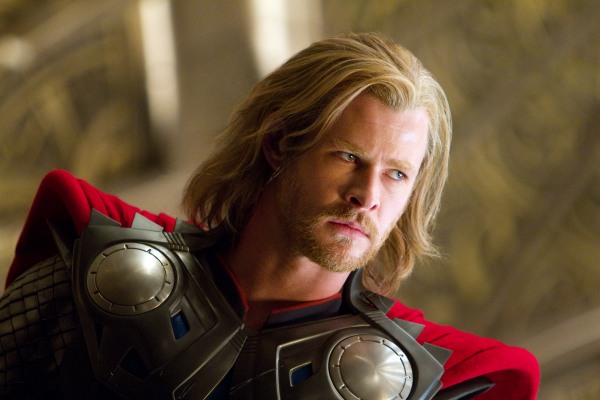 The opening of Thor is one of the strongest pieces of Marvel’s MCU storylines as it is a lighthearted adventure in a lush fantasy world we – or at least I – want to spend more time in. Because of Thor’s arrogance he gets banished to earth to learn humility. Both Captain America and Iron Man are heroes who discover their powers along their purpose. With Thor there is the narrative twist that he has to rediscover his powers by becoming less selfish. This is taught to him by via a love story involving Jane Foster (Natalie Portman) which can’t help but feel a little bit forced.

Generally speaking the New Mexico storyline and Thor’s discovery of the true heroism is much weaker than the opening. It is saved by some pretty funny comedy where the fish-out-of-the-water character is not the one who gets thrown into the fantasy world but instead it is a fantasy being trying to make sense of our world and rules.

But – as seen in Iron Man 2 – comedy cannot save a movie. But this movie has something Iron Man 2 was lacking: 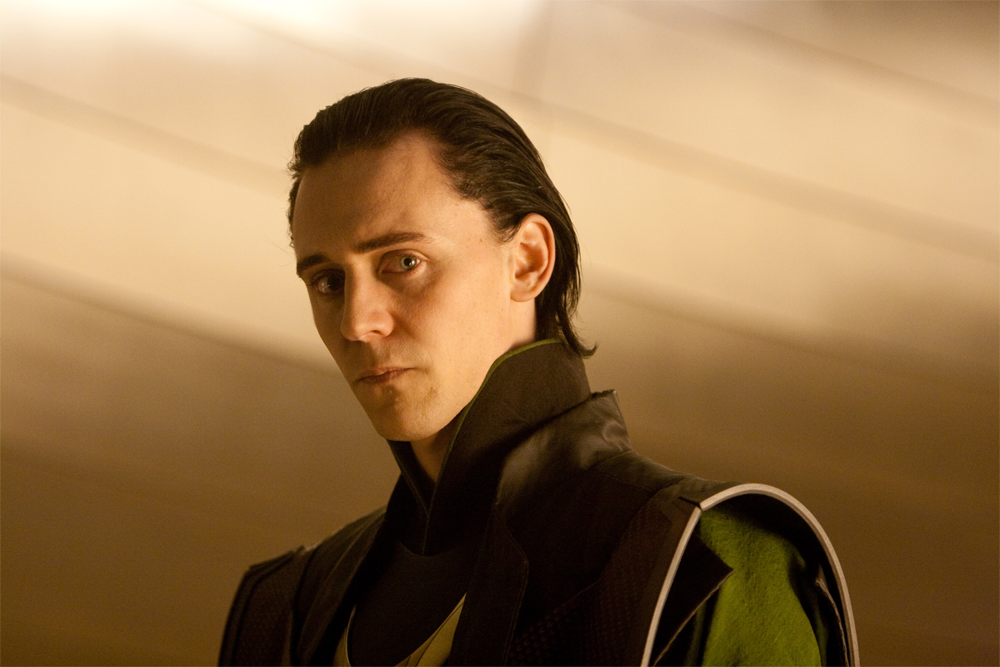 While the god Loki (Tom Hiddleston) doesn’t become the bad guy until halfway through the movie he is always around because he is Thor’s brother. This way we can get to know him as a character before he becomes the villain.

Thor is pretty much the origin story of both hero and villain and both reach their destiny around the same time.

Add to that that Loki is a good villain. His motivation is defined by his life of rejection and a growing hatred for Thor. While his plan includes destroying an entire realm it is much more personal than the Red Skull’s plan of nuking random American cities. Loki is a deranged and ill-guided villain but at the center rests the story of a man we can relate to. The story of someone who has found out that he is just another tool in a grand scheme which leads him to doubt that anything he has previously associated with family and love might have been a big lie.

His frustration and anger are understandable. 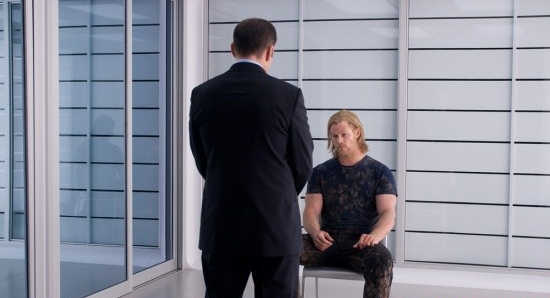 Where the MCU stood out like a sore thumb in Iron Man 2 I kind of enjoyed it in Thor. Probably because the storyline is actually integrated into the movie. Now the original draft of Thor did not include Jane Foster and was mostly Asgard action until the very end. So the fact that the New Mexico plot was inserted was probably a marketing decision for further Avengers connection and probably to affirm us that Thor can work on earth as well.

No matter what the decision was and what we wanted to see the storyline on earth is pretty solid minus a few things in the love-story-section.

In Thor the MCU for the first time worked in favor of the movie instead of against it. We already know Agent Coulson (Clark Gregg) and we know SHIELD. So it is understandable that SHIELD would be interested in this mysterious hammer. Furthermore Coulson elevates an otherwise pretty faceless organization. Usually you have suits like this always appearing in movies but they seem to be inserted into the story as an obstacle for the hero. They stand around and look important but because they are not part of the villain’s army they eat up time.

This is the impression you get if you don’t know the MCU. If you know Coulson you understand that he is not out to just be annoying (although he can be really annoying) but that SHIELD is actually trying to keep the peace in some way. The fact that the hero clashes with them is because they are not aware of each other – yet.

So the plus side shows how the MCU can help a generic action scene seem a bit less generic. Also the cameo of Hawkeye (Jeremy Renner) while pointless at least was not as time-consuming as Black Widow. One still wonders why the guy is carrying a bow and arrow… but then one can assume that this guy is just another henchman.

All the MCU stuff in this movie works even if you have no idea of the shared universe which is something that was not the case in Iron Man 2.

Before the end we witness a very predictable fake-death – where Portman is done crying over the “dead” Thor and we are impatiently waiting for her to finish because there is no way in hell Thor will die in this movie. After he gets his powers back we get a pretty well made final fight which is fought on a personal level (again improvement over Iron Man 2) and ends with Thor sacrificing the connection to earth to save an entire realm. Said sacrifice is cheapened a little by the fact that we know that Thor will come back in the Avengers and Natalie Portman won’t be in it.

The sacrifice he does is actually quite heroic and the movie ends on the note of two lovers separated by an entire universe who keep looking for each other. It implies the romantic hope that they will reunite further down the road. With Portman not in The Avengers and Thor still appearing it really hurts the tragedy of the story.

Thor also is the first movie to feature an after credits scene that is actually showing us a general direction where this story is headed. When the black pirate reappears he shows us the cube we have seen in Captain America.

Dr. Selvig (Stellan Skarsgård) is appointed to find out how to get the energy out of this cube (like we have seen in Captain America) but there is someone else: Loki is appearing in the mirror manipulating Selvig like his puppet.

So this scene actually moves the story forward a lit or at least gives the fans a general view of what to expect in Avengers. 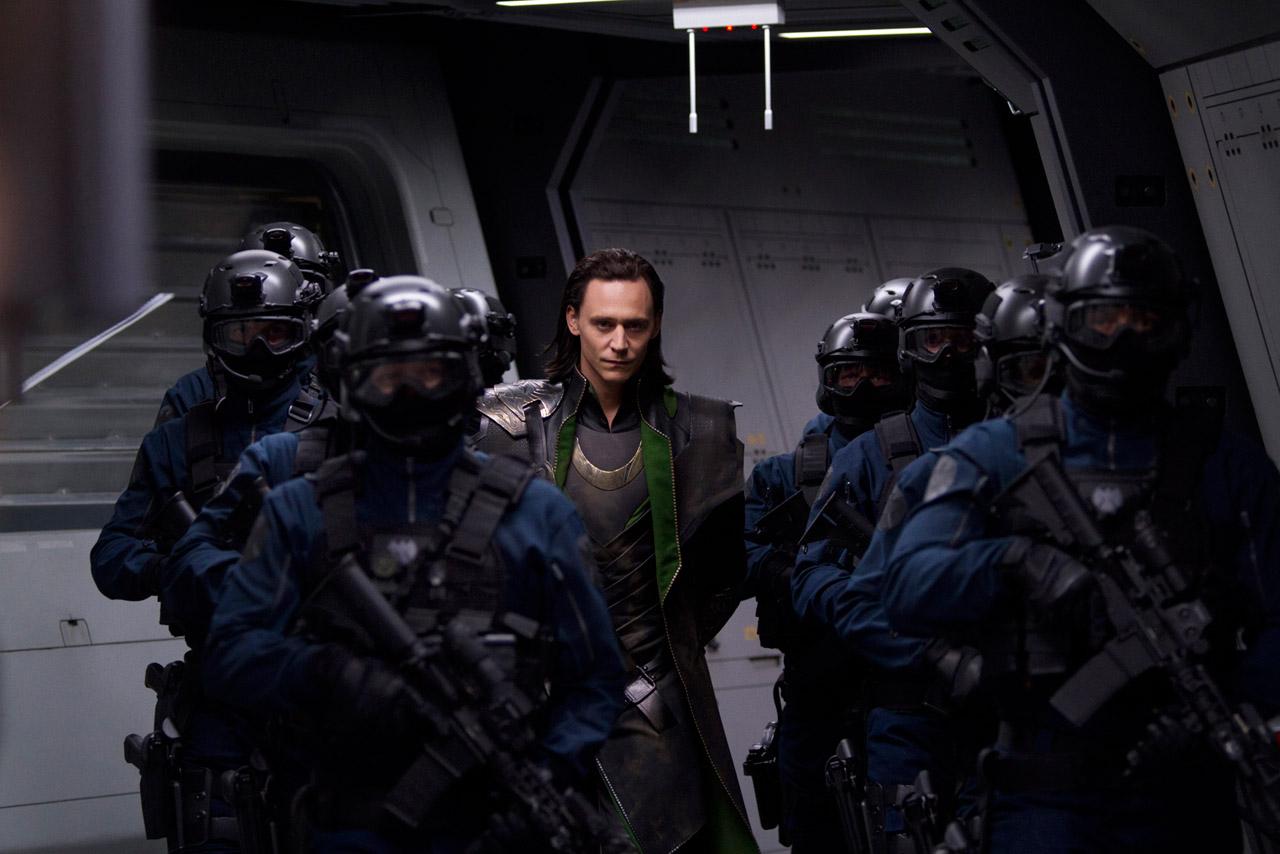 Thor is solid entertainment and easily the best MCU film after Iron Man. It is a fun ride and shows us a new and pretty exciting world – albeit it could have stayed there longer. Held together by two good performances of Hemsworth and Hiddleston this movie made me get hopes up for the MCU concept to actually be working as a good story-technique.

While there are some faults the movie never gets dragged down by them too much and manages to stay enjoyable – yet a bit predictable. While Iron Man is the best self-contained story this is the best story that integrates the ongoing universe.