A look at Sharlto Copley from Elysium 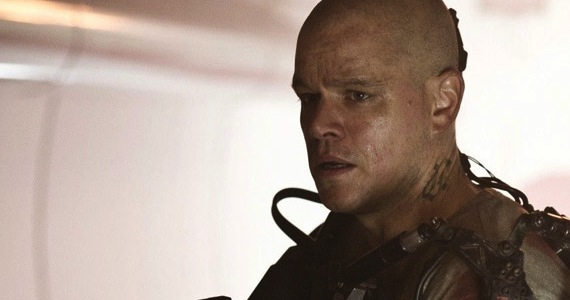 2009 was a great year for science fiction when a movie got both embraced by the sci-fi crowd and managed to get oscar nominations for best screenplay and best picture. We are of course not talking about District 9. Neill Blomkamp who was previously attached to adapting Halo for the big screen gave us an outstanding work of sci-fi firing on all cylinders to give sci-fi ideas, social commentary, emotion and fantastic action in a movie with a 30 million dollars budget (a fraction of Avatar‘s speculated 250 million)

2013 will mark the year when Blomkamp returns with another orginal science fiction story called Elysium. The synopsis has been released back in June:

In the year 2159 two classes of people exist: the very wealthy who live on a pristine man-made space station called Elysium, and the rest, who live on an overpopulated, ruined Earth. Secretary Rhodes (Jodie Foster), a hard line government of?cial, will stop at nothing to enforce anti-immigration laws and preserve the luxurious lifestyle of the citizens of Elysium. That doesn’t stop the people of Earth from trying to get in, by any means they can. When unlucky Max (Matt Damon) is backed into a corner, he agrees to take on a daunting mission that if successful will not only save his life, but could bring equality to these polarized worlds.

And now we have a picture of Sharlto Copley (the protagonist from District 9) as the villain in this new movie:

Elysium will arrive in August