After the news of Christopher Nolan’s next project here are four quick newsflashes which I find quite interesting:

Jurassic Park 4 comes summer 2014
There has yet to be a director attached but Rick Jaffa and Amanda Silver (Rise of the Planet of the Apes) have been attached for the screenplay. The story is said to maintain continuity of the original trilogy (personally I don’t care) but go into a new direction (let’s not hope it will be a similar “new direction” like The Bourne Legacy).

But the real development is that Jurassic Park 4 now has an official release date and will come on June 13th 2014. Before this we will get a 3D release of Jurassic Park (the original) in 2013… yay… THREEE DEEE!

Kick-Ass will be in Godzilla

The Godzilla Reboot (directed by Gareth “Monsters” Edwards) has offered the leading role to Aaron Johnson (Kick-Ass) after Joseph Gordon Levitt declined (guess he can’t be in every movie… on a sidenote he is also in Sin City 2). 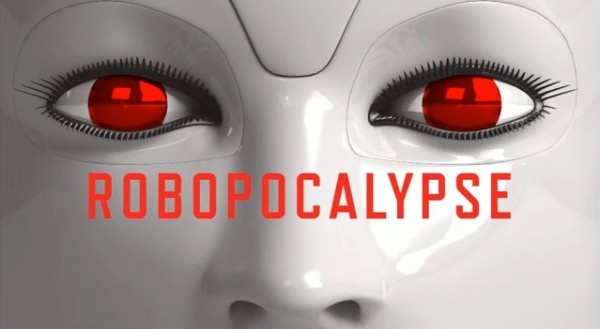 Last year Spielberg returned to the Oscar race with War Horse and this year he has delivered a monster of an Oscar movie with Lincoln. But there is another movie by Spielberg which I am looking forward to:
Robopocalypse by Daniel H. Wilson. Due to budget concerns the 2014 release that has been delayed and there is no date right now when we might see the movie (Anne Hathaway and Chris Hemsworth have been attached but with the delay of the movie this might change).

Robopocalypse in short is an updated version of the Skynet story from Terminator. It is the story of a war between robots and humans and feels as if someone really liked the idea of Terminator but felt that the way Skynet takes over the world in James Cameron’s movies is a bit outdated. Robopocalypse is an intense and violent story full of fascinating observations about our current technology without ever delving too deep into the “there are some things that humans are not meant to understand”-territory.

I hope that this movie gets made – fingers crossed.

Nolan rewriting Interstellar
Last but not least Christopher Nolan is about to rewrite the script for Interstellar which his brother wrote. Interestingly enough Interstellar was originally attached to Stephen Spielberg so there is a nice Sci-Fi connection and I hope that we get both robot-wars and timetravel-Nolan.
The news that Nolan is rewriting his brother’s script to incorporate his own ideas runs danger of getting misunderstood as rewrites are often ordered to either fix a trainwreck or to put a directorial stamp onto the screenplay. But with the Nolan brothers it is very common. With The Dark Knight Rises Christopher Nolan wrote the first draft and Jonathan rewrote it.  It was in Jonathan’s draft that the idea of A Tale of Two Cities was inserted into the structure of the final Batman movie. So I think rewriting a brother’s script is part of Nolan’s working process.

Anywho… I am quite excited: Two monster movies, a robot movie and a timetravel movie…. what can I ask more?