In 1954 we awakened something…

The line uttered by Dr. Ishiro Seriwaza (Ken Watanabe) showcases that this new iteration of the iconic movie monster Godzilla (Gojira in Japanese) is the polar opposite of Roland Emmerich’s 1998 interpretation. Instead of being scared of the 60 years legacy – and the fair share of camp associated with the 28 Japanese movies – Gareth Edwards (Monsters) has crafted a reboot that treats Godzilla as a sacred cow. The result is an astonishing film showcasing Edwards’s storytelling skills while feeling like a multimillion dollars apology for Roland Emmerich’s version.

Note: This is the first (and hopefully not last) time that we have two separate reviews for one movie. For Krammer’s review (in German) click here. For Wolfgang’s take on it just continue:

If a tease is good we don’t mind waiting.
And while this is a very simple sentence to write very few filmmakers have the skillset to really keep us interested despite showing very little. But everyone who has seen Gareth Edwards’s Monsters knows that this director has already proven himself to tell much with very little resources.

It is great to see that Godzilla is a Hollywood movie that got reworked by a great director and not a director’s idea which got interfered with by a studio.

For his second feature film he has been given a giant budget but instead of oversaturating us with CGI shots Edwards is working just like he did on his small-budget debut. He’s showing us very little and teasing larger things to come in a story that spans over the entire world instead of just one city – This makes Godzilla much more of a global problem which goes hand in hand with the global allegory that has been a big part of the Godzilla franchise (especially the first one which was a direct critique of Hiroshima and Nagasaki).

We start with power plant supervisor Joe Brody (Bryan Cranston) who loses his wife Sandra (Juliette Binoche) during a reactor failure. When the accident is reported to have been caused by an earthquake Joe refuses to believe it and gets so obsessed with it that years later his son Ford (Aaron Taylor-Johnson) thinks of his father as just another lunatic.

But – as always in these movies – it turns out that there might be more to Joe’s ramblings and so we follow father and son as they peel away the layers of the mystery. Now of course we know what the big mystery is but the screenplay packs in enough twists to throw even seasoned Godzilla veterans a bit off the track.

This is another standout decision: instead of being afraid that the audience will lose patience if Godzilla doesn’t appear soon enough the movie tells the story for its characters. For those people the fact that there is a giant black lizard is a massive worldchanging revelation. And I fear that I am not able to adequately word how refreshing this feels. Godzilla is not afraid of the fact that his audience has seen those things play out before which is why it never sacrifices its story integrity to outsmart the audience.

It is only because of all this work done in the movie’s first hour that the arrival of the title giving monster (and his first full revelation shot) carries the weigh that it does.

Speaking of weight: I know Godzilla is 60 years old but he sure has let himself go… 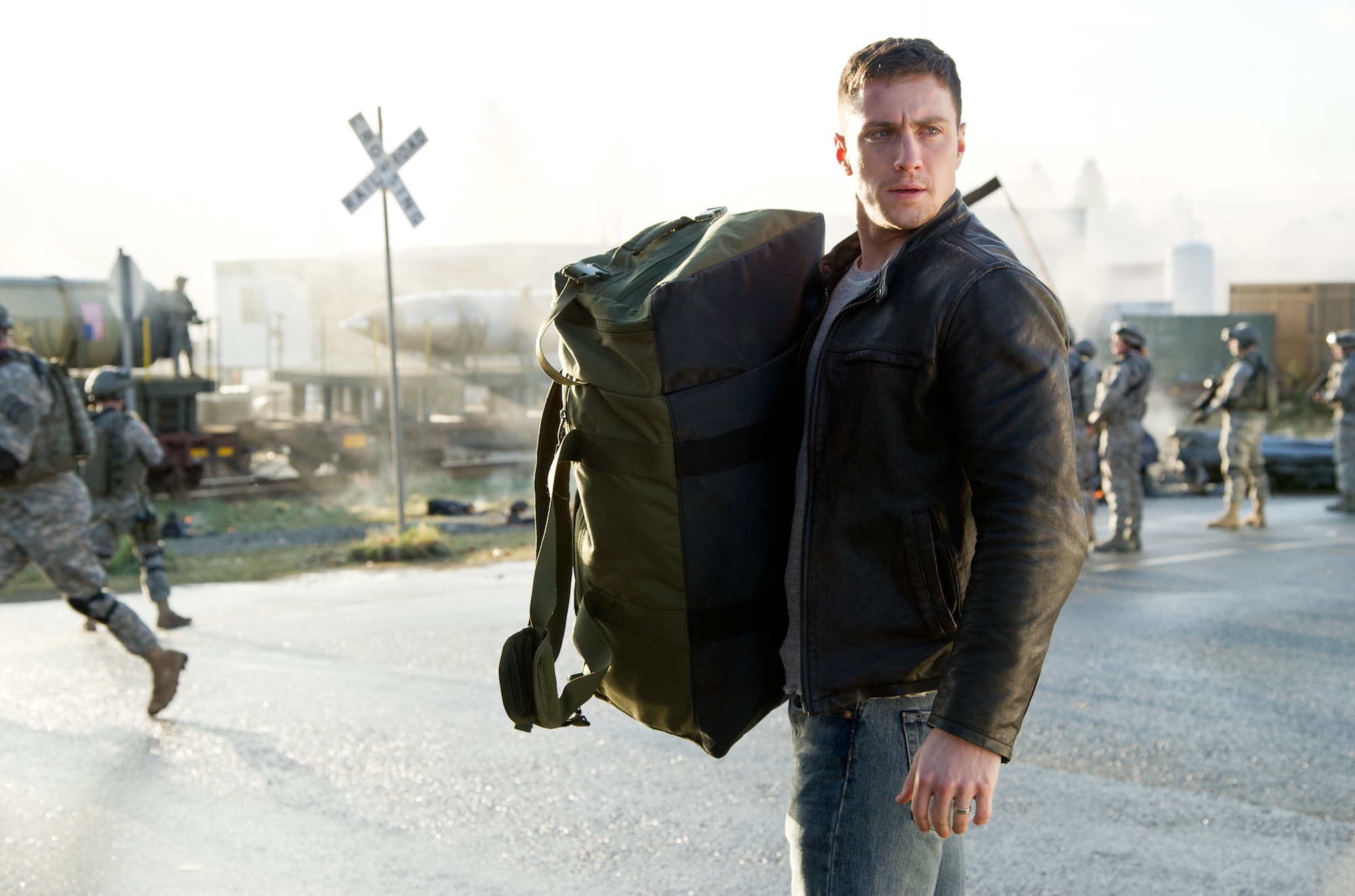 Placing the emphasis on story and characters was a risky move and reducing the moneyshots to a bare minimum in a summer tentpole blockbuster is even crazier but this is the decision that saves Godzilla and makes this movie such an accomplishment. Instead of glorifying the monster spectacle Edwards always puts us into the human perspective, letting us know every minute that this smashing around of buildings results in massive human suffering. The monsters are forces of nature so large that man has almost no chance but to sidestep them. And this framing allows us to get a sense of the grandeur that an aerial shot would have never given us.

At the heart of the movie it is a story about a family struggling to make it through this catastrophe. Cranston especially shines in his parts while Aaron Taylor-Johnson does his best so that Ford Brody is the proxy for the audience into this crazy world. And while the protagonists of course have to be linked to the monster action the movie has his fair share of contrivances to move character B from C to D to meet character E – yet all this still empathizes the fact that this movie completely intents to be a real drama and not just an excuse for monster action. Although it should be noted that Elle Brody (Elizabeth Olsen) has a bit of a thankless role in the movie.

Edwards has gone into lengths describing that he always wants a human element in the monster scenes and he follows this logic (sometimes to a fault). Every action beat carries significance for both characters and story. There is always the feeling that the director really went out his way to give us the most human interaction during those giant scenes but on the flipside this means that sometimes we can call a Godzilla attack just by the fact that a little kid is introduced. Yet I’ll gladly take these plotdevices any day over a hollow monster shot.

As I have said before this movie is not afraid to be compared to the Japanese version. Quite the contrary, I am sure that if it would have been possible Gareth Edwards would have put the Logo of Toho Studios (the studio which has produced the 28 Japanese Godzilla movies) at the beginning. The moment you see two monsters fighting and you realize that someone has spent countless dollars and hours to produce a CGI version of a man in a rubber suit fighting another man in a rubber suit offers a strange joy. But it goes further than that. This movie does not feel uncomfortable when it taps into strange allegorical territory about nuclear waste disposal and turning Godzilla into a clear parable for nature in all its facets. 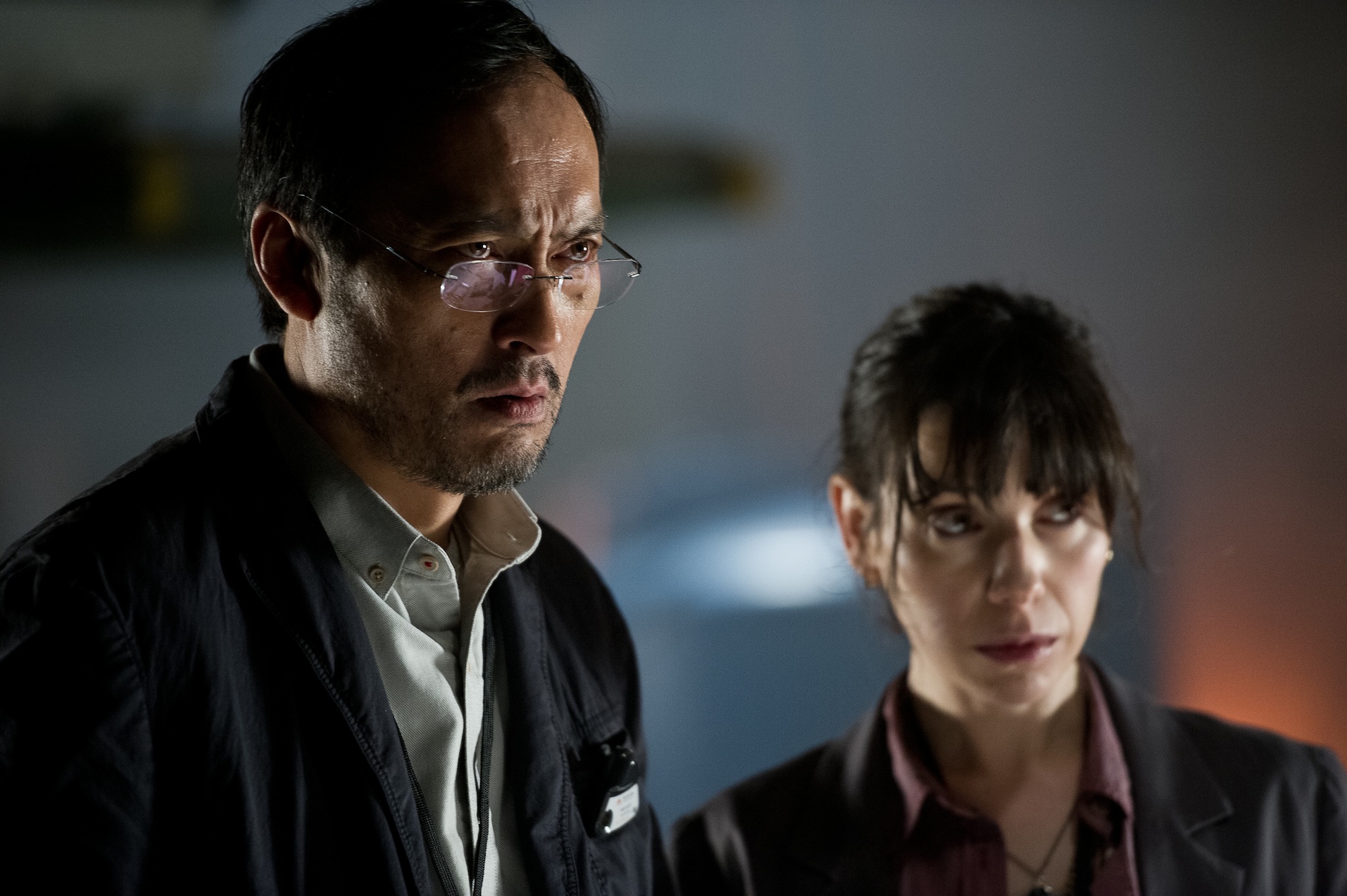 Especially Ken Watanabe’s character Serizawa has to deliver a lot of “Japanese  Monster Movie Talk” with a straight face and somehow manages to deliver it.

And here is the great thing about all of this:
Because the movie is so deadpan the characters don’t become stock comic characters. Sure they are placed in ridiculous situations yet their motivation is always clear. Instead of a military general who gives idiotic orders in order to further the suspense Admiral Stenz (David Strathairn) always has clear motivation and tries to do the best thing given the circumstances. Also despite the fact that one of the movies main characters is a military man the movie doesn’t fall into the dangerous military propaganda pitfall like the Transformers movies. Much like in Monsters Edwards always comes up with a working explanation of why the big explosions and moneyshots are happening instead of giving us a half-hearted rationalization.

A movie with fantastic qualities… 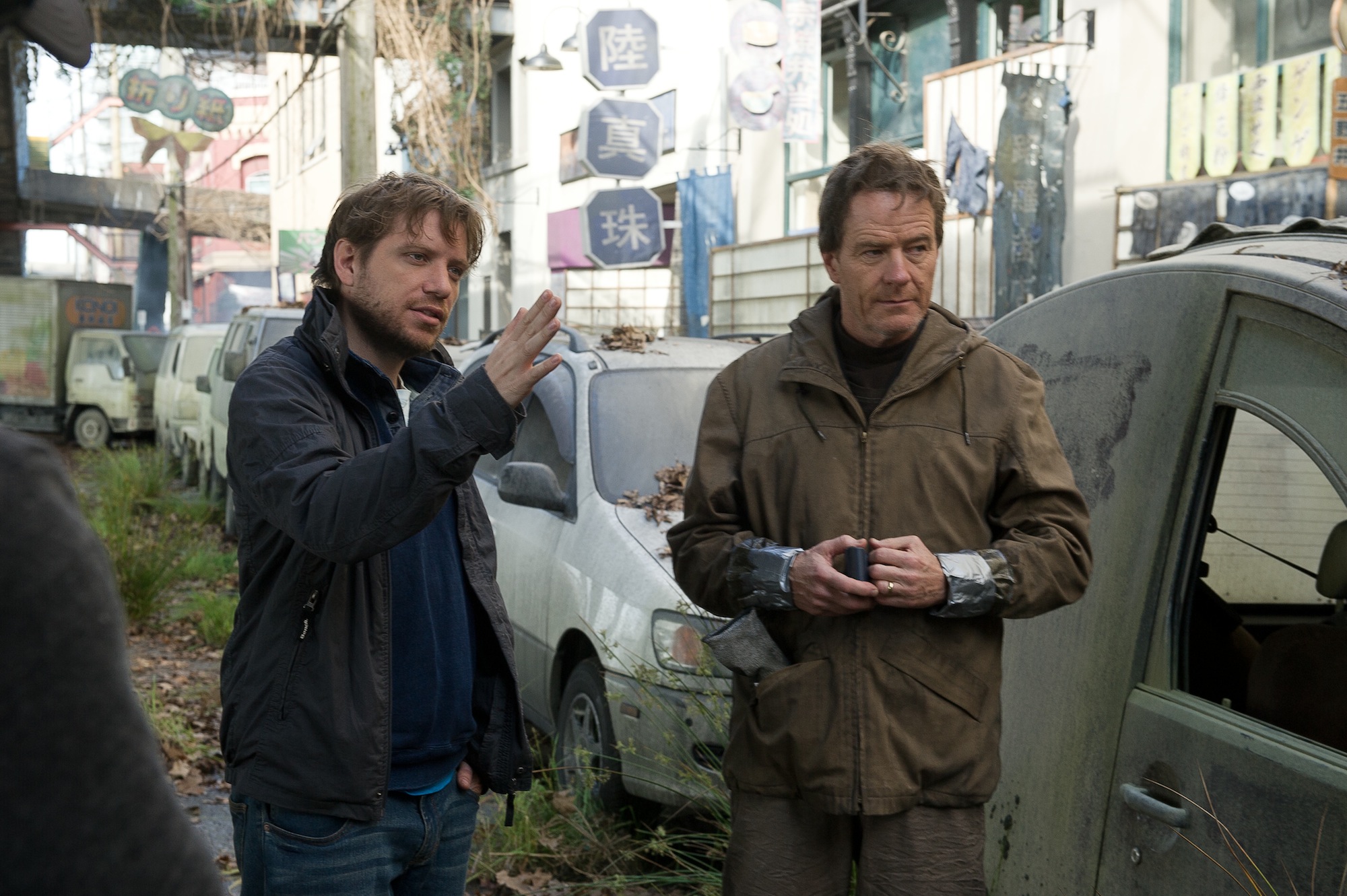 …yet it is very easy to focus on some of its shortcomings and completely dismiss the many things Godzilla does right. I would have hoped – maybe a bit naively – that this would be another one of those movies which would “flip the truck”. A movie which transcends expectations and brings viewers into this story who would later on say “I usually don’t like those Monster movies but this one was incredible!”.

Instead Godzilla is a fantastic feat of storytelling both visually and narratively but it offers some easy spots to attack and dismiss the whole package. Yet if you are willing to forgive some of its contrived character moments you will find a rich and fascinating movie made by an auteur with a clear vision. A movie which effortless combines 60 years of Godzilla lore without the uninitiated audience ever noticing it.

As a Godzilla film it will probably already exceed audience’s expectations given that most will only know the 1998 version or a few clips from the campy Japanese movies. But I hope that not only Godzilla fans like myself will enjoy the craftsmanship and care that has been put into this product. Not since Jurassic Park has a monster movie managed to convey the mystery, awe and fear of these massive things on screen – and it was about time that we get another one of those experiences!