Edge of Tomorrow features a poster of a haunted Tom Cruise in a generic looking sci-fi mechasuit infront of more generic sci-fi stuff. So I wasn’t really that interested in the movie but after getting pleasantly surprised by last year’s Oblivion on Blu Ray Edge of Tomorrow might also fall in this category of perfectly acceptable sci-fi mumbo jumbo. Instead director Doug Liman (Jumper, The Bourne Identity) delivers a perfectly paced and top entertaining sci-fi version of Groundhog Day. 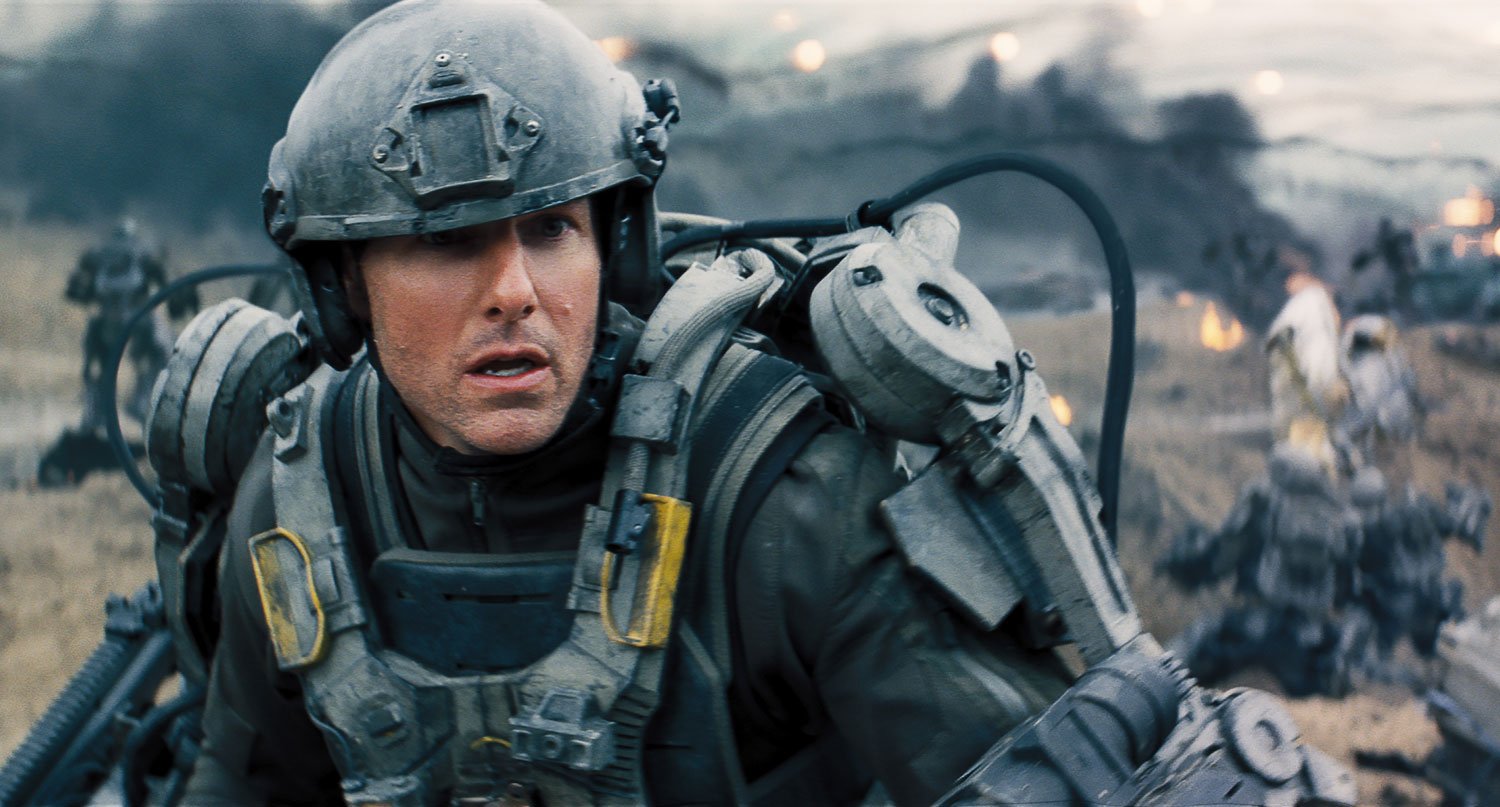 When a meteor strikes in Germany carrying the spores for an alien invasion force everyone has to do their part. That also applies for Major Cage (Tom Cruise) who thought he had it all figured out. While Cage has a pretty high rank he has always found a way to weasel himself out of actual combat duty while still appearing like a patriotic soldier. But now things are about to change. A full scale assault on the Normandie is happening in order to stop the alien invaders and Cage is thrown into a mechasuit and right into the mix.

And because of his lack of combat experience – he dies.

Only to wake up again a day before the offensive. While initially confused Cage soon (after a few more deaths) figures out that he is bound to repeat the same day over and over again. The only hope to break the loop might come through the help of Rita (Emily Blunt) – probably the best fighter in a mechasuit that mankind has to offer.

A screenplay that gets the maximum out of the premise 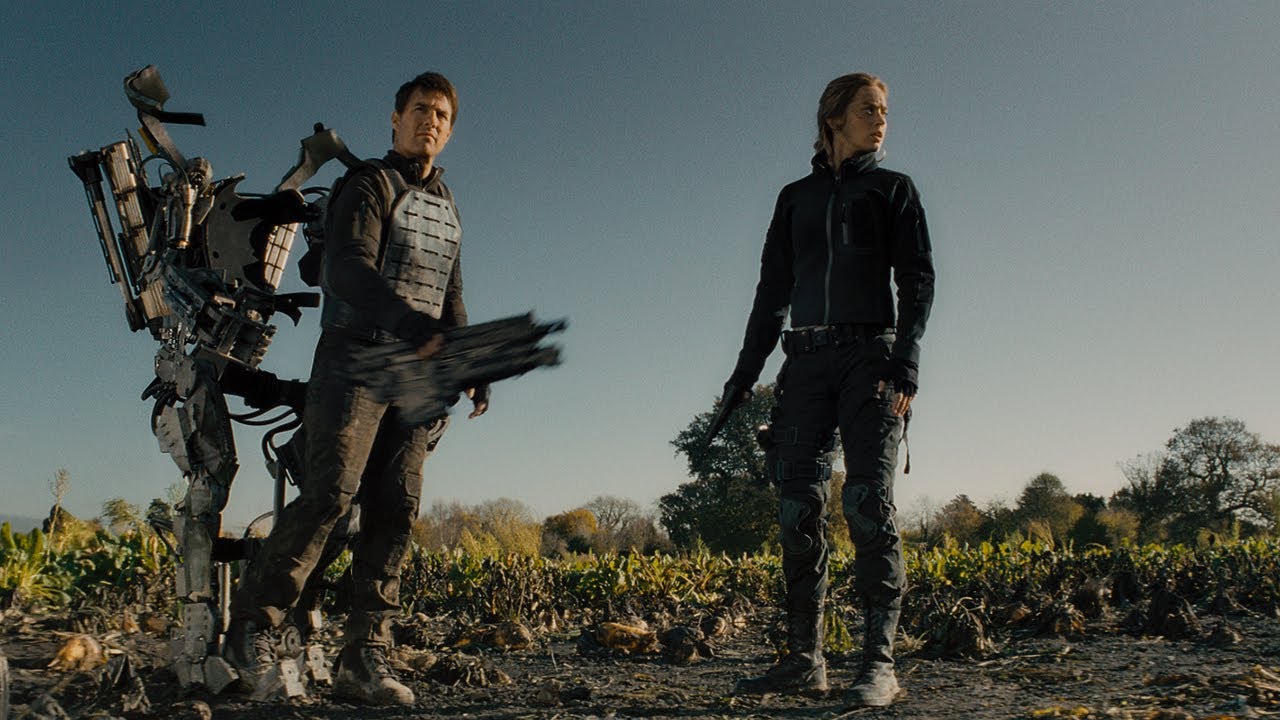 Edge of Tomorrow has two things working to its advantage:

Cruise and Blunt carry the entire thing on their shoulders much like their oversized mechasuits but it is the screenplay which allows the actors to not get stuck in the same thing. Contrary to many time-loop stories the repetitions are in no way repetitive. Very cleverly the screenplay allows Cruise to go different directions depending on his temperament when he wakes up. This allows for a very surprising twist whenever the day starts anew. So if you feared that this movie might be a dry actionfest which sees Cruise storm the Normandie over and over again you might be in for a surprise.

Many different locations and tactics are used and the screenplay also allows for great comedic scenes when the iteration theme is coming up again (again the actors nail the comedy) but also it allows for great character moments between Cage and Rita.

Also the screenplay is clever enough to always clearly set the stakes. And like a clockwork the stakes get higher and more interesting as time passes. I can’t stress enough how much this movie profits from a well put together screenplay which cleverly navigates us through all the trials and downfalls that Cage has to face in order to solve the mystery of how to defeat the aliens.

The return of the unoriginal original Blockbuster 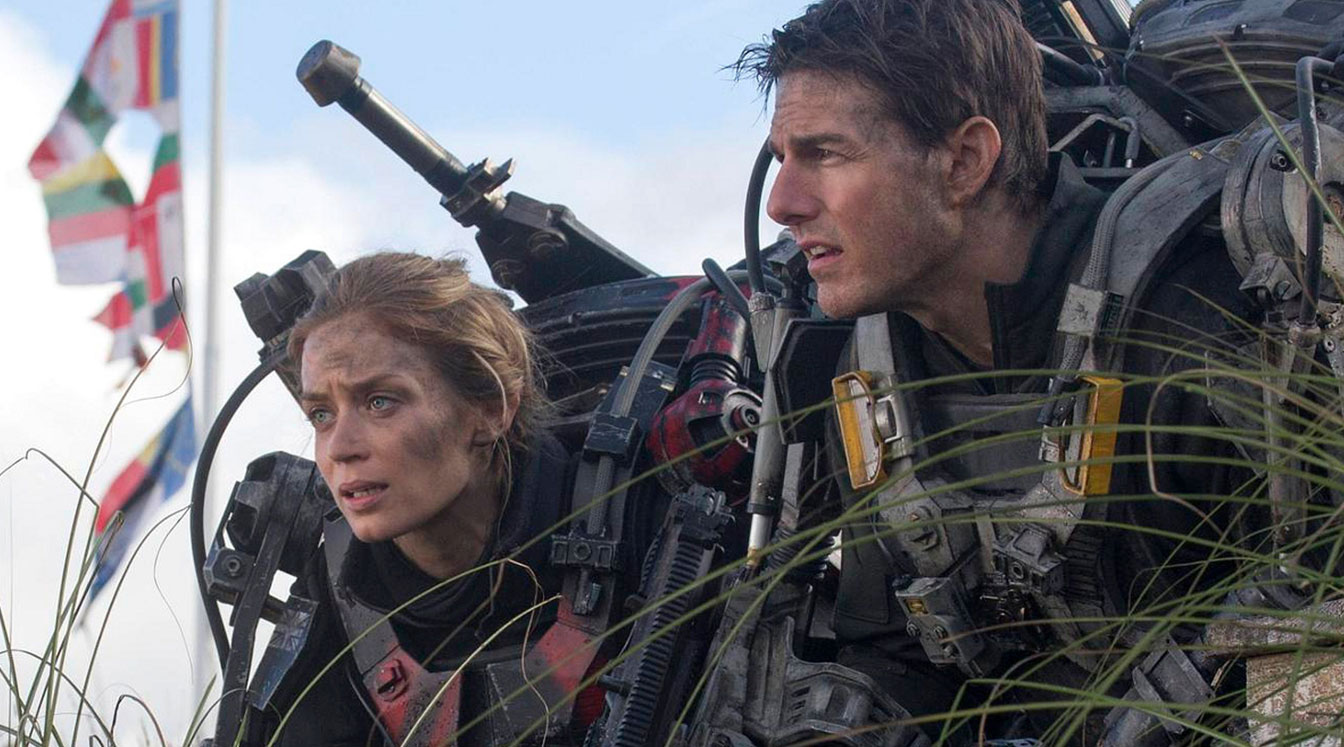 The best thing about Edge of Tomorrow is the fact that it is its own thing. We have seen mechasuits in various computer games and movies (Elysium, The Matrix Revolutions) and the timeloop is something that Groundhog Day and Source Code have also covered (and let’s not forget about Looper’s very creative interpretation of the concept). But even if an idea has been done before doesn’t mean that it can’t be done well in another movie.

And this is where Edge of Tomorrow shines. The movie has enough confidence in itself as to never justify its own existence. No snarky humor to cover up a generic story or pseudo-witty comments by stereotypical characters. Instead the filmmakers just get down to tell the best story they can with the tools they have available. And in this sense the movie succeeds. In a very refreshing way Edge of Tomorrow is an antidote for the current franchise overkill. A movie which doesn’t rely on a pre-existing fanbase (unless of course we would count the people who have read the novel All you need is kill by Hiroshi Sakurazaka or its Manga-adaption). The movie feels completely accessible. It tells an entertaining story, doesn’t take too long and finishes without the need for spinoffs or other things which warrant an after credits scene.

So while the poster and trailers might give the impression of a derivative standard action movie the film is a surprisingly fresh breath of air just because of the sheer excitement and fun you’ll have while watching it. 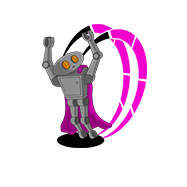 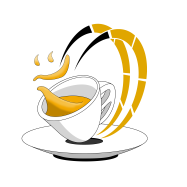 Edge of Tomorrow is one of the most pleasant surprises this summer! I went in with zero expectations and got much more than I expected. The confidence of the movie is undeniable and it is never ashamed of itself. Expertly written to compensate for its familiar premise the movie is a solid 2 hour ride which one can enjoy and probably rewatch as many times as Cruise gets reborn.