The Prometheus Trailer has landed – UPDATE: UK Trailer as well

After the very moody yet ambiguous teaser for Ridley Scott’s Prometheus we now have a full length trailer: 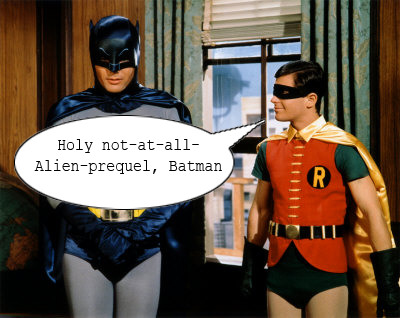 This trailer looks indeed very promising and a lot has to do with that intense noise they keep repeating, I guess just the noise for 2 minutes would have already sold me. And also we see a glimpse of the so-called “Space Jockey” from the first Alien:

So, let the speculation begin. I hope the explanation is not destroying the myth of the original but one can never know. Bottom line: great effects, great actors, great design, very intense looking, interesting premise – the only gripe I have is the “it’s heading to earth”-part which sounds a bit standard. Other than that I can’t wait to see it.

Prometheus will be released on June 8th in America and on August 10th in Austria.

To further wet the appetite another viral video: