The first picture of Anne Hathaway was released by Warner Brothers some time ago and fan reaction was mixed because Catwoman was not wearing a cowl – or something more cat-like. Now new pictures have surfaced from the shoot of The Dark Knight Rises, hit the jump for the pics: 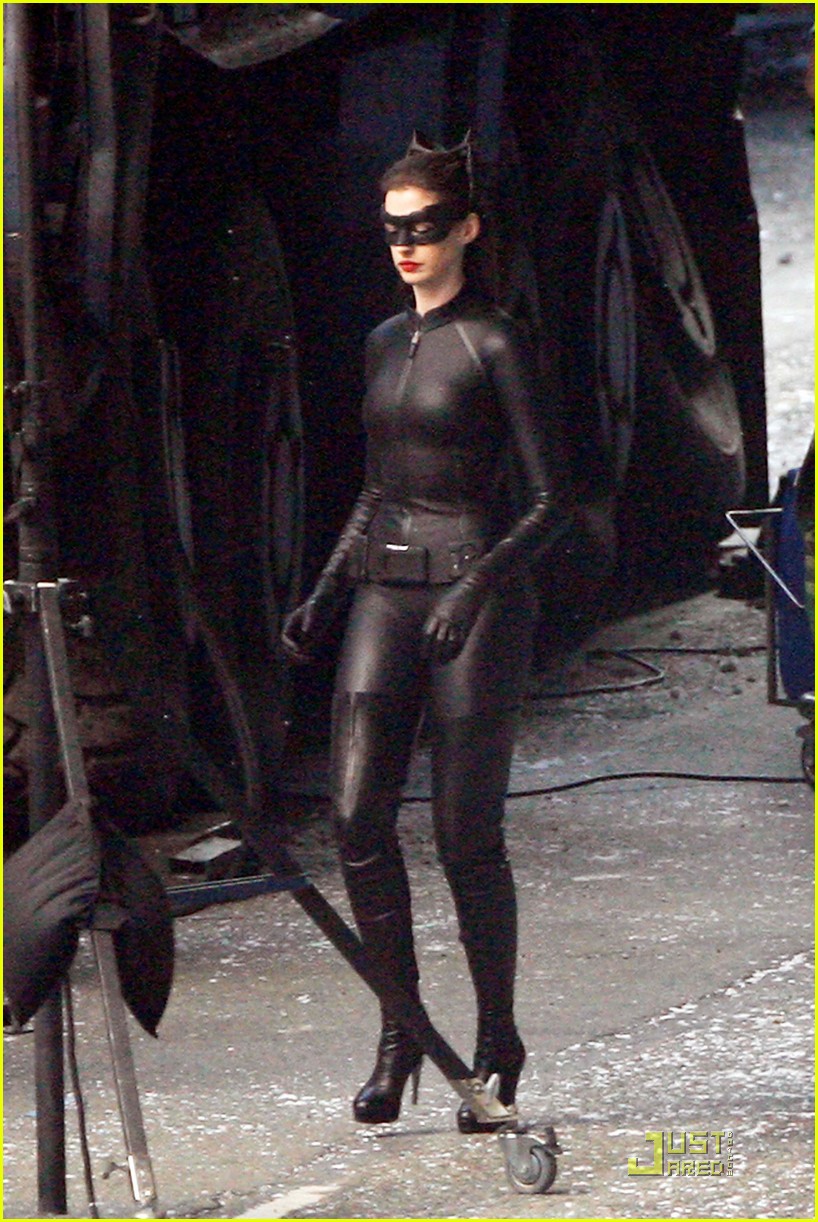 It seems to me as if those cat-ears are the high-tech glasses Catwoman had in the first picture that got released, maybe she can move them do to do SCIENCE and otherwise she has them like this and they form the shape of cat-ears – with Nolan things mostly have a practical use.

Crazycritics has even more pictures, sporting Catwoman and her shiny silver heels… so much for keeping a low profile. 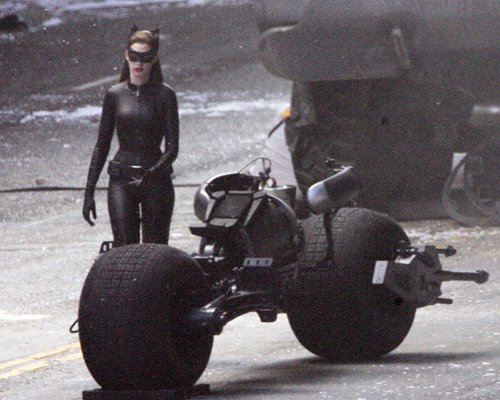 So is she cooperating or stealing the bat-pod? Let’s just hope her character is playing on both sides of the spectrum. 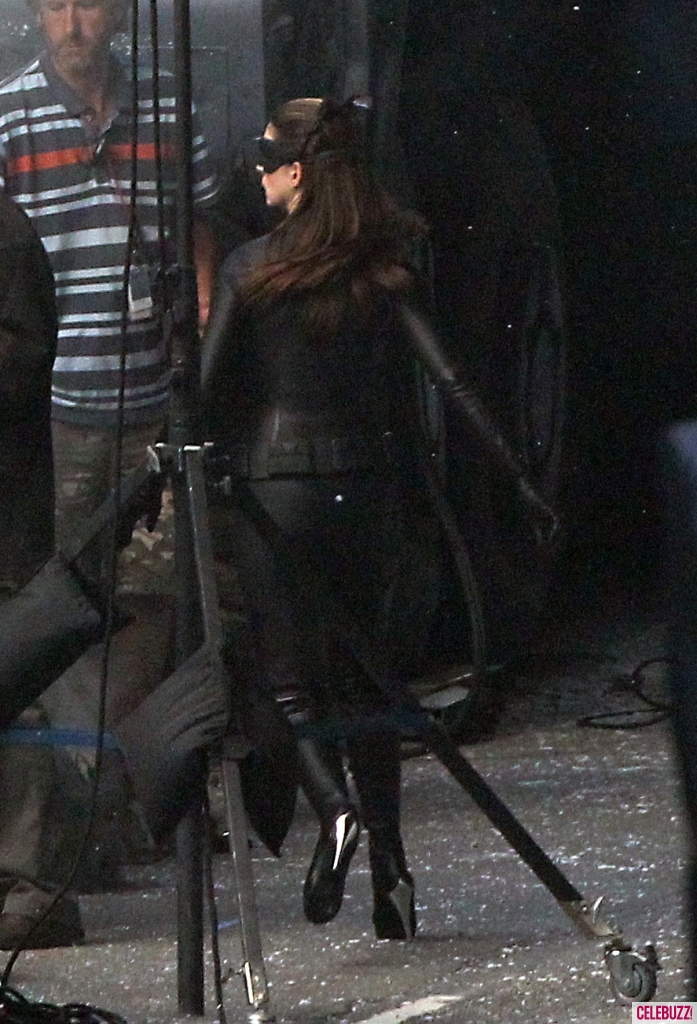 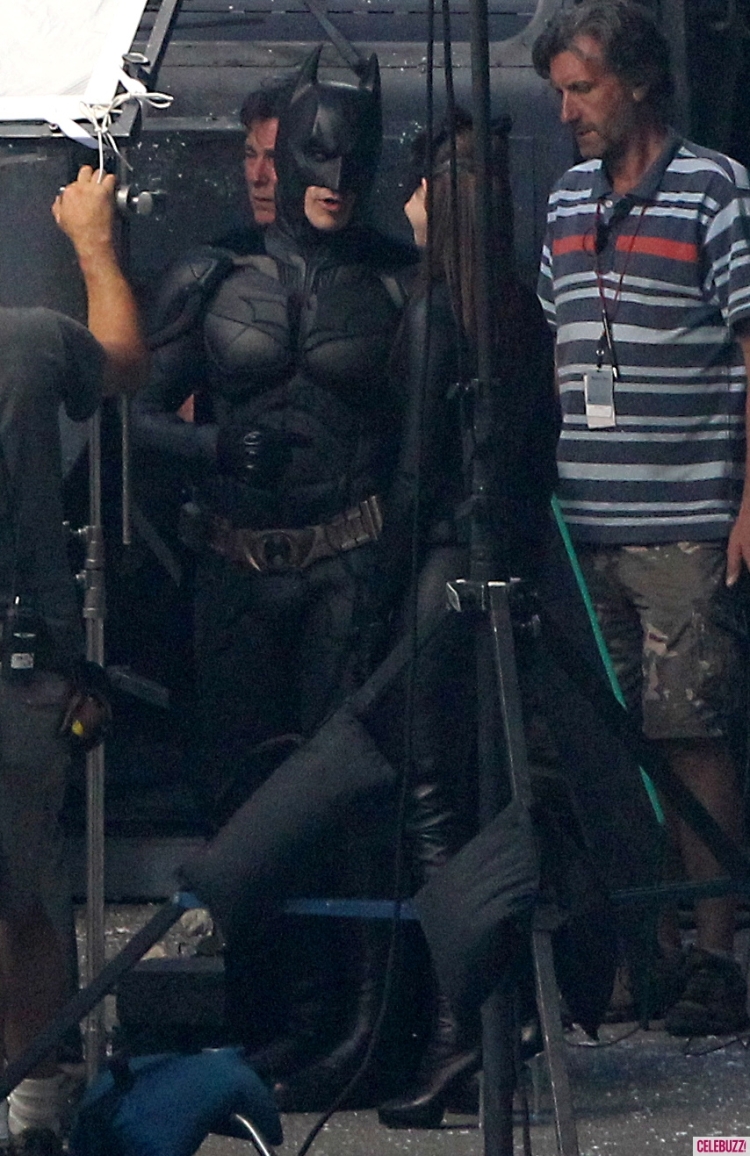 So are they cooperating? Please… more ambigous… 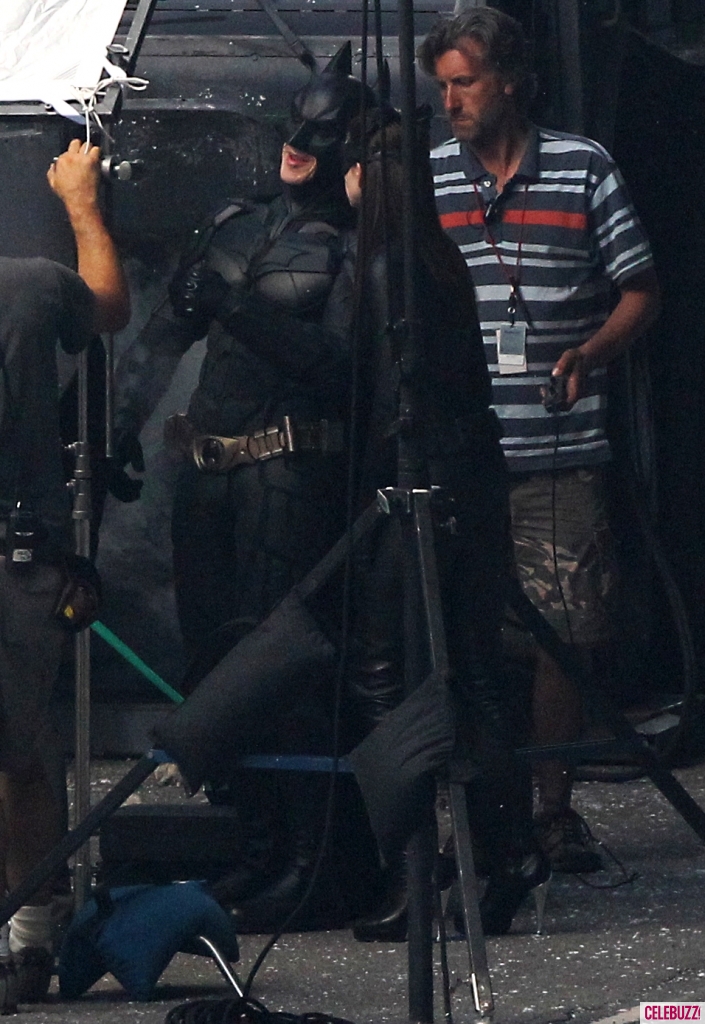 Or is Batman finally starting has career as a standup comedian?