3D will show its teeth again

Last year there was only one movie you had to see in 3D: Piranha 3D. The movie was intentionally spoofing b-grade horror movies, was surprisingly well made and funny. With 74% on rottentomatoes the producers of the movie were just as surprised as the rest of us:

And it’s fantastic that so many critics are really getting the movie and recommending it.
We can’t wait to get to work on the sequel.

The sequel Pirana 3DD was greenlit and they got David Hasselhoff for a guest appearance as well – making the movie already better than anything except Baywatch Nights Season 2. Now Bloody Disgusting has reported the first teaser poster for Piranha 3DD: 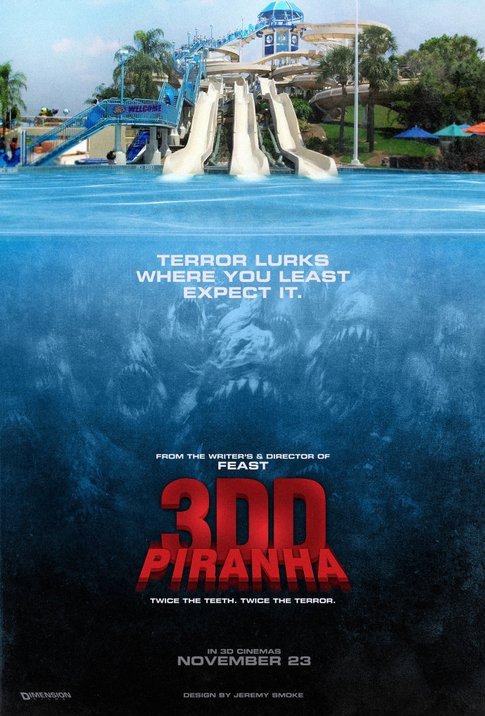 Piranha 3DD will take place in a water park. The poster itself is pretty lazy and had the site not received the link to the one-sheet by the producers of the movie I would have thought it was fanmade – but seriously: who cares about posters as long as we have some fun.

Piranha 3DD is set to hit screens on November 23rd – awfully close for a movie that hasn’t had a trailer yet. Anywho I can’t wait to watch the Hoff in glorious THREEE DEEE.