The Ides of March

He is the one! The politician who is different than the rest. He will save America and lead us out of this crisis. He is the only candidate one can trust and if he does not get elected the country will go spiral even further down…

At least this is the impression we get from Governor Mike Morris (George Clooney) who is running for the democrats in the primary elections – the elections where it’s decided who will represent the democratic party in the oncoming presidential election.

Stephen Meyers (Ryan Gosling) is our protagonist who introduces us to this world of politics behind the politics. He is young ambitious and idealistic. An honest man working for an honest man. The future he portrays seems nice and dandy… but we all know that appearances can be deceiving. Something that Stephen is about to learn the hard way.

The Ides of March reminded me a lot of The Social Network in the way that it took a premise I was not that interested in and turned it into something much more compelling and suspenseful than I could have hoped. Watching Gosling in yet another good role made the movie even more enjoyable. While we had little to none insight in the protagonist of Drive we witness all the conflicts which the actor handles fantastically.
Supported by Clooney, Paul Giamatti, Evan Rachel Wood, Philip Seymour Hoffman and Marissa Tomei made me wish I would have watched the movie in its original version and not the German dub. 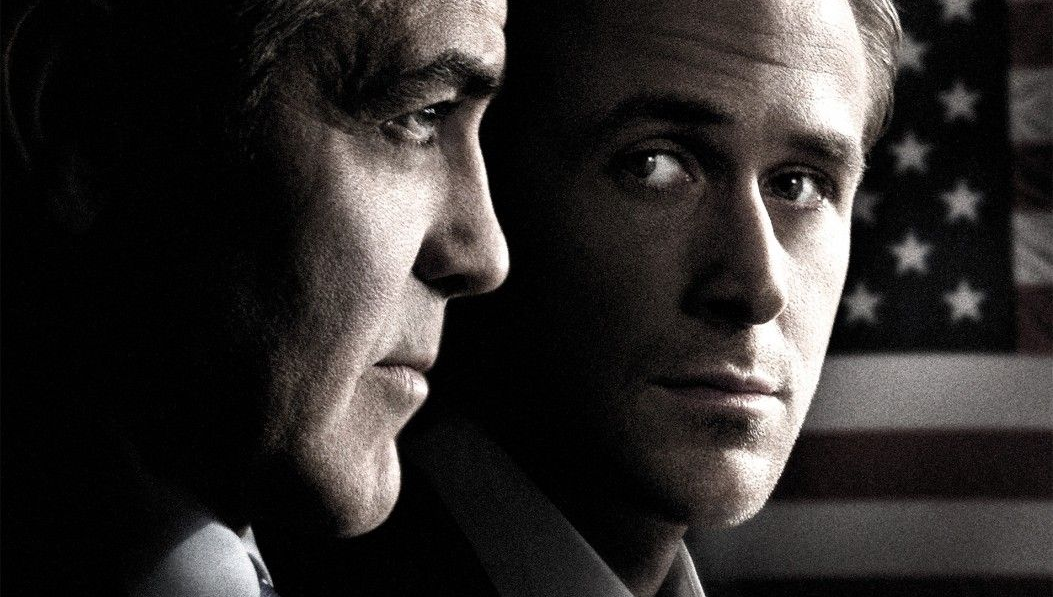 Nevertheless the actors were convincing and kept my interest for almost the entire movie. I remember some moments when I was not completely immersed in the story but those moments were little compared to the rest of the movie which relies on a strong screenplay (based on a theater play) and the central idea of the two sides of a political figure.

It questions the influence of media and some accidents/chances onto the career of a person. And ultimately one is left to wonder if something like honesty can actually survive or if Stephen will be turned like so many others into something he swore never to become.
Ultimately everyone thinks of himself as the hero. Even the corrupt ones seem to have a sense of moral obligation.

…and if everyone is thinking like this you know the result is a tense 2 hour story about a man getting caught in a political net of intrigue.
While the story focuses completely on the democrats I don’t see it as a critique of the democratic party – well at least only in parts. It is less about the party and more about people in a political system but I guess if Ides of March had been about the Republicans there would have been a giant uproar that the movie depicts all the politicians as sleazy and corrupt.

Overall a great movie that provokes, is well put together and left me very satisfied after leaving the cinema.