Klingons back in Star Trek 12?

Not only did the MTV movie awards reveal some footage from TDKR there was also a pretty nice way to stir up some news for Star Trek 12 without having Star Trek explicitly mentioned:

During a video about archery featuring Jennifer Lawrence from The Hunger Games there were segments of Abrams talking. Behind J.J. was a Desktop where one could conveniently see a Klingon wearing the same helmets they had in Star Trek 11 (a deleted scene). 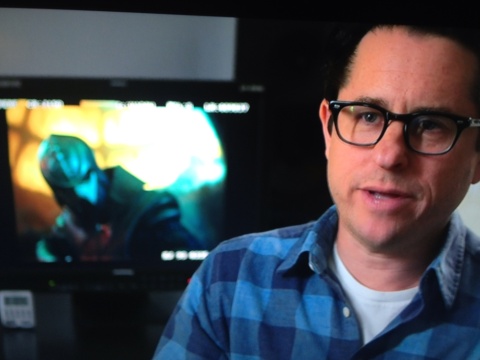 For comparision here’s the deleted scene:

So the Klingons are back?
Personally I hope it is only a smaller segment but after all Bendict Cumberbatch (Sherlock) is not wearing any Klingon make-up so at least the antagonist will not be playing one of my most despised species in Trek.