There, There and Back Again

Peter Jackson had an interesting announcement on his facebook page – something that has started as a rumor a few days ago:

The adaption of J.J.R. Tolkien’s The Hobbit will not be two movies (An Unexpected Journey and There and Back again respectively) but instead a whole trilogy! Here is a capture of his statement: 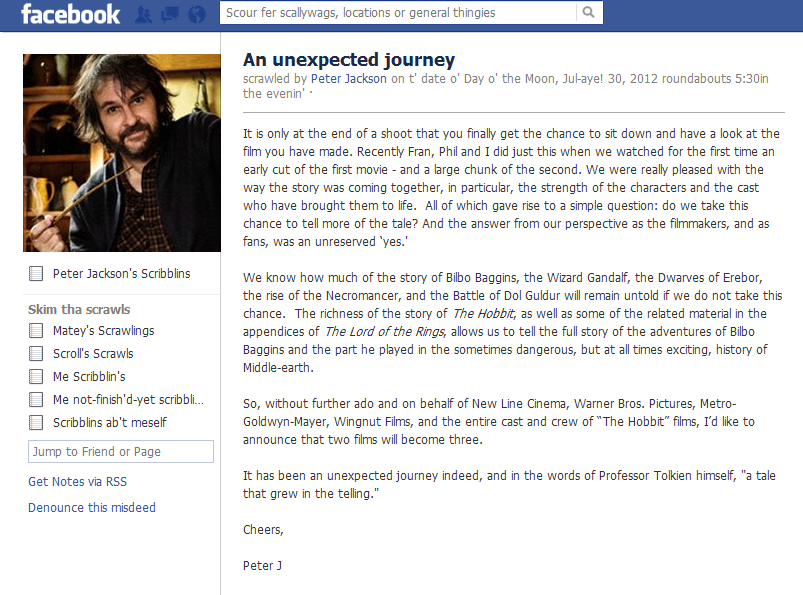 The release of the movies will be:

The name of part 2 might be changed (source: TheOneRing.net). All three movies will be part of the Hobbit storyline (so part 3 won’t be just a clipshow of stuff that happened between Hobbit and Lord of the Rings)

Now of course we have to dial down our fan-anticipation and take the story element with a grain of salt. Since Harry Potter and the Deathly Hallows there have been instances where a book adaption was split into two feature films even though the story was barely enough to fill 90 minutes. And it is probably due to the success of Harry Potter 7.1 and 7.2 that Hobbit got a similar treatment.

The initial plan was to tell the story of The Hobbit but over the course of two parts with the second part leading into the story of The Lord of the Rings – yet part 2 was always sold as something organic and not just a movie shoved in between two completed stories.

Here’s the quote by (previously attached as director) Guillermo Del Toro about the nature of this split:

Now the argument is that a certain story would not be included in the current duology of films: The rise of the Necromancer

What is this story?
Now this is not a spoiler for the book The Hobbit because this story was only hinted at. Over the course of the movie Gandalf needs to depart from Bilbo. Taken from countless pages of backstory by Tolkien we know that in the Mirkwood forrest (where Bilbo travels as well) there was a fortress named Dol Guldur.

Ruling this fortress was an evil force known only as the Necromancer. Gandalf suspected that it was indeed Sauron rising to power again and tried to convince the White Council (which was led by Saruman) to attack the fortress.

There are a lot more details left and there has already been an adaption of this story by Games Workshop for their successful Tabletop strategy game: 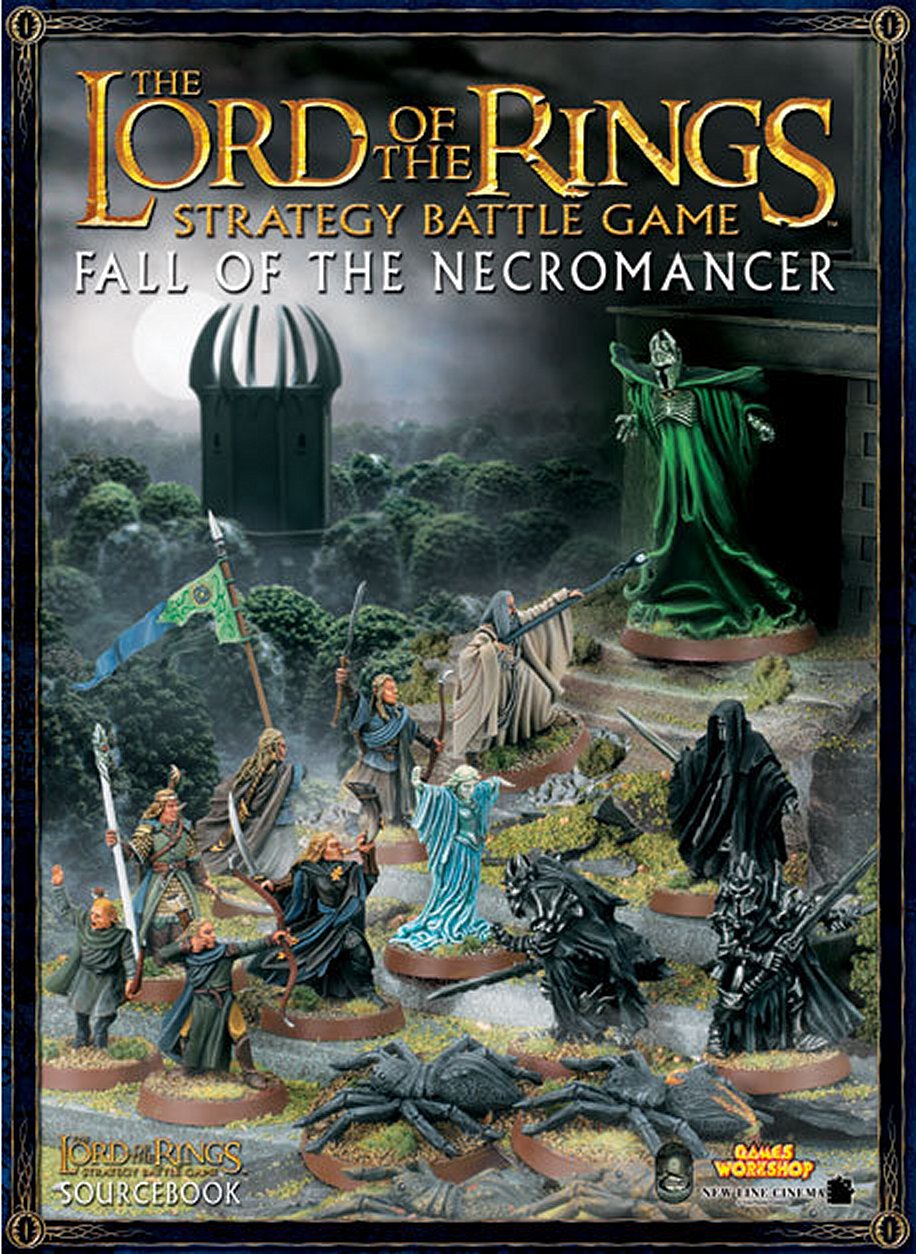 Still I think Jackson’s interpretation might deviate a little from the exact notes of Tolkien to serve the biggers story:

Why I am interested in this tale:
When I first watched The Fellowship of the Ring I immediately thought Saruman was an evil guy within the first seconds – and there was precious little to convince me that Gandalf wasn’t riding into a trap.

Thematically I think it would be interesting to use this attack as a means to show Saruman’s corruption. Now according to Tolkien’s notes Saruman had been power hungry for the ring before – but this is due to the fact that the Battle of Dol Guldur was just one tiny event in Tolkien’s incredibly detailed backstory.

If the Hobbit movies really tie in with the Rings trilogy I hope to see the effect of the ring and the quest for power in Saruman’s character. Imagine watching Hobbit with a blank slate, having not seen the original movies (unlikely but still those Hobbit movies are said to work to enrichen the series).

There would be this very powerful and wise wizard Saruman. There might even be a situation or two which make it clear that Saruman is much more powerful than Gandalf. He might have a few flaws but nothing clearly evil. What if at the end of the battle Saruman would find the Palantir at Dol Guldur?

And when Fellowship of the Rings starts we would meet again with this wise wizard. We would understand why Gandalf wanted to council him. But there would be more. Imagine the shock when the wise (and much more powerful) wizard turns into this corrupt maniac. This would mean a real sense of loss due to Saruman’s turn.

I really hope that the Hobbit prequels add layers to this characters to really make us feel like this is one big story.

A bit much?
Still I can’t shake this feeling that the story needs are not the driving forces behind this decision. Especially when Dol Guldur seemed to be already planned for the duology:

“We’ve decided to have The Hobbit span the two movies, including the White Council and the comings and goings of Gandalf to Dol Guldur.”

Taken from the same Screenrant interview

Did they just have too much story to condense into two movies? Then again The Hobbit is not that insanely long and intricate compared to Lord of the Rings. I just hope that it is not too much exposition.

True Tolkien’s work is so layered you could make a movie about anything. But in terms of this story of the one ring I just hope it doesn’t get dragged down too much. Just bear in mind that you would have watched half of the story before the main story actually started going…