We follow Lightning McQueen (Owen Wilson) back into the world where cars are talking. and humans don’t exist. McQueen goes on a race across the globe while his annoying friend Mater (Larry the Cable Guy) gets mistaken for an American spy and has a fun adventure of killing, violence, racism and bad car puns.

The Motivation for a Story
Pixar has become a household name for a reason: their concepts have balls. They push the envelope. Their ideas are so crazy… in the hands of an untalented studio they would blow – but in the hands of storytellers the craziest ideas can pay off in a fashion that gets rewarded by both the mass audience as well as the intellectual crowd. Pixar stories have replaced the old Disney movies as annual reliable quality storytelling.

After Wall-E and Ratatouille I was eagerly awaiting the newest Pixar movie, no matter what. When the storyline seemed to be about a man tying balloons to a house it seemed like something I couldn’t imagine working as a story. The outcome was 2009’s Up which just rocked everything for me. Up is not only my favorite Pixar film, it is in my eyes the greatest piece of animated storytelling I have seen and the way it is accessible to so many people speaks for itself.

So with Cars 2 there never was this “wow this is a crazy premise… I can’t imagine what new worlds and storylines they will tell”-feeling. Therefore there never was much to risk. Cars 2 is the first Pixar movie that feels like a tailor made 89 minutes promotion.

The international racing is there to appeal to the overseas market, which rejected the first Cars’s rural American setting.
Mater is the moron to get cheap laughs for children.
The spy setting is there to make the most violent Disney film while still looking funny when killing and torturing and so on and so forth.

Pixar and its horrible message 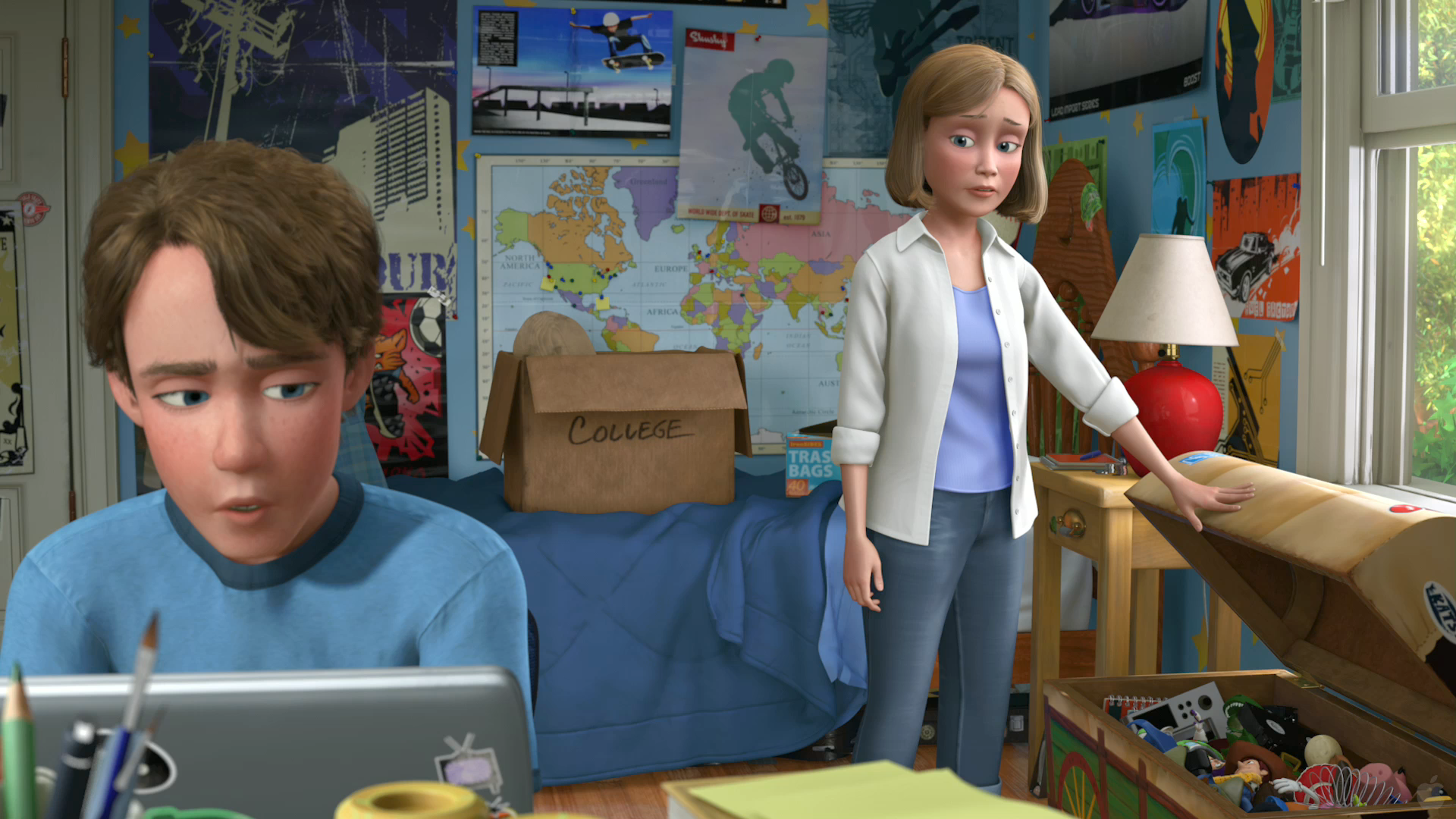 Whenever Pixar movies come to the message they manage to nail it. No matter how obvious or generic or beaten to death this message has become, when they tell it, they mean it.

I know… I know… shut up and get to the point, but it is important that you have those images in your head to understand: a cliché is only that if it feels fabricated.

If we believe a father figure can get persuaded that his son can indeed be a cook despite being a rat… then we don’t complain, because it feels honest as it did in Ratatouille.

All the conflicts in Pixar movies were more than just a few lines in the screenplay. Whoever was responsible for the tear-jerking montage of Up went through stuff like this or knew people who did this. The authenticity in the love of Carl and Ellie is genuine and works. 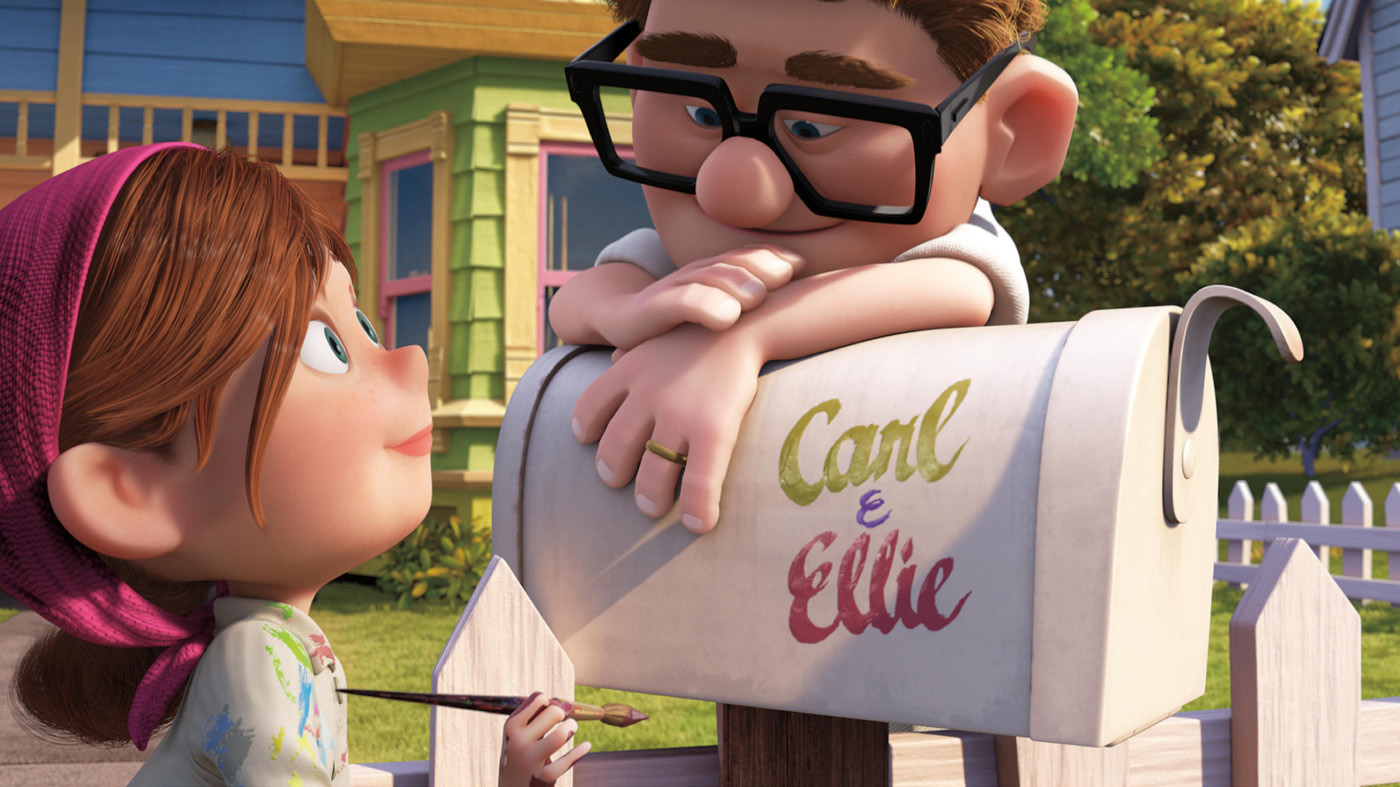 This also applies to the first Cars – to a lesser degree. While it never reached the heights of other Pixar movies, at least the message was in the spirit of movies like Cool Runnings, where teamwork and friendship stands above momentary gain…
I know that message has been beaten to death but in the first movie I was pleasantly surprised when McQueen sacrificed his victory to restore the honor of the old racecar driver.

And with all these magnificent examples of storytelling, let’s get to the rusty engine that sits in Cars 2 – and if you think that pun was dumb, wait untill you see the movie. Cars 2 wants to tell the message of “be yourself” which like all the other Pixar movies is a good message. What is not so good is how this message is executed. To tell children to be themselves and don’t care about shallow people works for school movies or anything in established social circles. It does not work if you equal “be yourself “with “be an annoying tourist who doesn’t give a fuck about the culture and traditions of others”.

Sure Mater go ahead! Be a moronic tourist who comes to Japan, puts on “Japanese clothig” and says “Domo arigato…” because you know these lines from a song. Be ignorant to everyone and then be surprised when people are angry and call you an idiot. Then at the end get to the conclusion that the world is full of shallow people who can’t accept you and continue being a dick – isn’t that an uplifting message?

The other message
It is pretty interesting that despite the fact that Toy Story was a movie trilogy about toys, it  feels less commercial than Cars 2. Like the villains in this movie the intention of Cars 2 is not the movie – it is the merchandise. 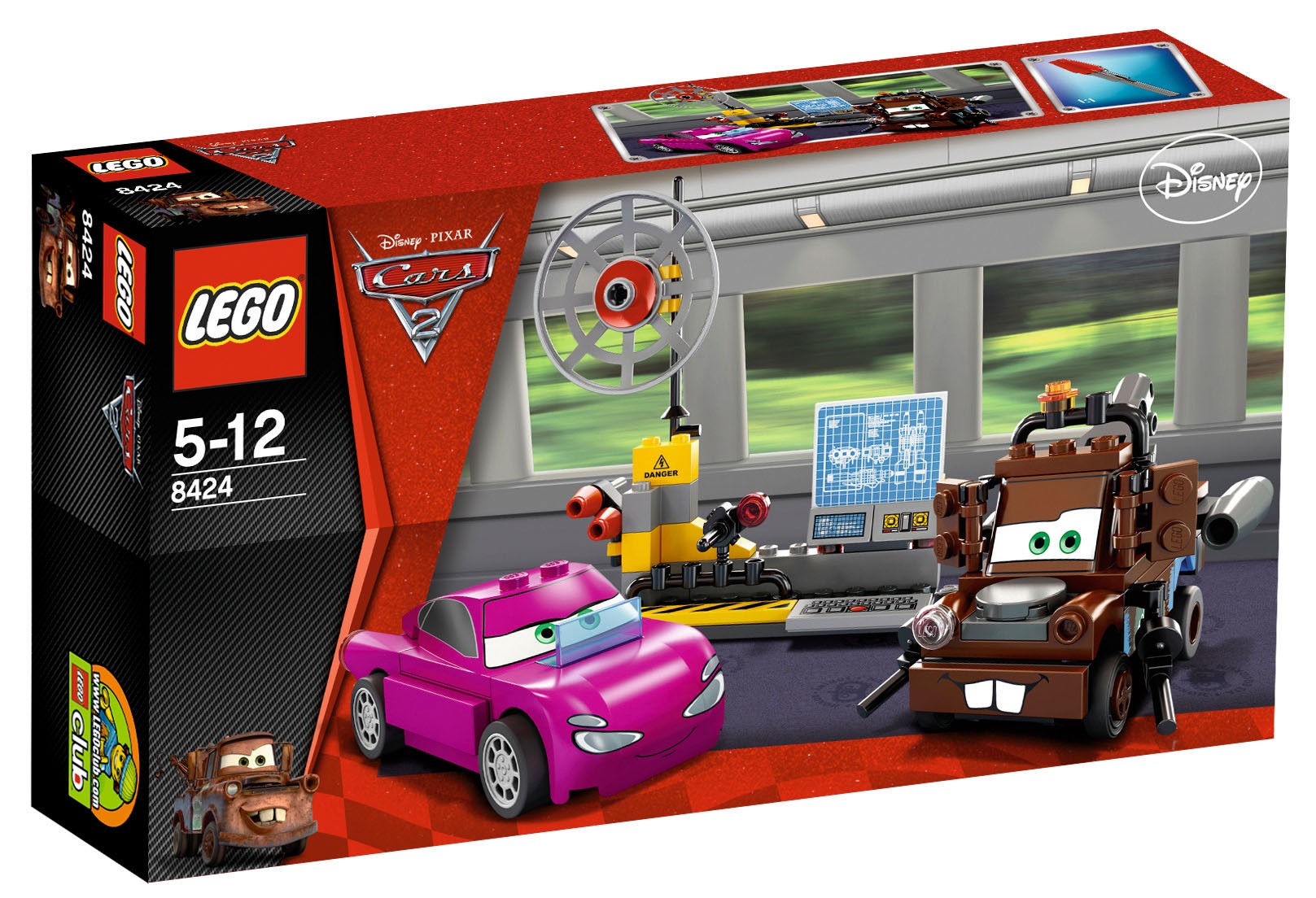 Cars 1 is the most succesful Pixar movie when it comes to selling toys. It is also Disney’s way of attracting the young boys by adding guns and all the explosions to the movie. It seems the Cars-franchise is designed to become to boys what princes stories are for girls in the Disney money empire. Pixar’s top notch animation will sell those nice guns, riffles and rockets very well because Cars 2 perfects what Michael Bay (Transformers 1-3) realized: if it is not human you can do the most violent things and sell it as fun. I find it very alarming that we have protests about The Golden Compass and Harry Potter because they allegedly teach children bad morals and make them eat puppies… yet the same vocal parents who are oh so concerned about their children’s sanity tolerate this fun-violence.

So here we are: at the end of Pixar’s gold quality streak in a money grabbing celebration of violence that would not be allowed in any children’s movie featuring humans. Let’s put Transformers and Cars 2 on the podest as the movies that expose the idiocy of PG-movieratings and hypocritical parenting!

And let’s get excited for the new movie Planes!

Why being so harsh?
For this movie there will be two scores:

Why am I so hateful against this movie? Why is this review full of hatred and sounds like someone didn’t get what he wanted?
The reason is simple: expectations.
When Michael Bay insults women it is horrible and annoying. But we never expected him to make an intricate drama about the position of women in our society. When Dreamworks makes Puss in Boots we won’t be so harsh because the studio has produced enough shit to not be surprised when they make another soulless cash grab.
But when the poster has the audacity to proclaim “From the makers of Toy Story 3” then it is my own fault for expecting the highest caliber of storytelling. For not settling with the average. If I want “well it was ok… not great but ok” then I don’t go to Pixar, I watch Ice Age 3.

So for everyone trying to argue that Cars 2 “wasn’t as bad as everyone keeps saying” I ask: Can you justify this movie compared to all the other Pixar movies?

Have we ever went out of a Pixar movie saying “Not as bad as I expected”? Then why start now?
Let’s not reward the studio taking the easy route. Reward and support when they do great stuff, critique when they make a horrible mistake like this and hope they get back on the right path so that at the end of the next Pixar movie the cinema will be in tears instead of apathic “wasn’t that bad”-faces