When you have a vision of everyone dying, then you get out of the deathtrap before your vision comes true… then you know what to expect.

For the fifth time now people have defied death and messed up his masterplan, so the grim reaper himself has to make sure no one who should be dead continues to stay alive.

The Final Destination franchise is like much that we have seen this summer: a fallback to a known brand from the past, intending to get us into the cinema and not challenging us. The franchise itself never was something memorable although part I and II were very entertaining.

The premise of Death getting to the should-be-victims was pretty interesting in 2000, but the execution and conflict almost non-existant, so the series became known for one thing: innovative death scenes.

If you have cringed at this lines and thought “how sick is that” then Final Destination is not for you. Especially part II catapulted the concept to ridiculous heights and orchestrated that would have made Rube Goldberg proud. If you don’t know the concept of the Goldberg machine, here’s a clip:

I skipped part III and part IV was an utter bore so I had no hopes for a fifth part. But as someone who has tremendously enjoyed the first two movies I can safely say: Final Destination 5 makes for a perfect triplefeature and just ignore the parts between!

Same old same old…
The story is as predictable as it goes, the movie does an admirable trainwreck of trying to set up character conflicts that thankfully go nowhere. Especially for the main characters it is so laughably bad I wonder if it was done on purpose. The lovebirds/ex-lovebirds are facing pretty normal problems people at the age of 24-28 can from time to time face, but they handle it with the wit and incompetence of 16-year olds. The main conflict for example revolves around the protagonist having to leave to Paris for half a year and he thinks the relation won’t survive this break – for real, I must stress the point that those guys are not in school, they are working and are in their mid twenties, it’s half a year, stop the complaining! 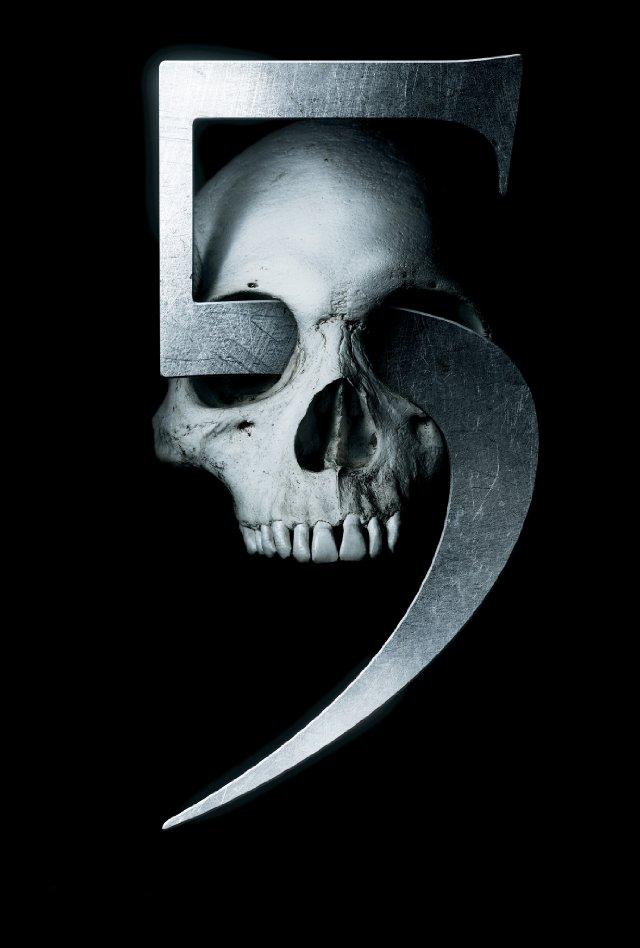 … but that is not what you came for…
You came for the traps, the gore-ridden traps. When I flinch in movies like Saw is because the violence on screen hurts and is disturbing, this is not the case here, here it is comic-violence, it is over the top, hilarious and looks dumb, that’s what we came for that’s what we get.

Part IV failed so miserably since every kill was just ten minutes of useless suspense until some random thing like a stone got thrown into the direction of the character and he would die. It is not as predictable here. All the suspense somehow leads together.

Things that got introduced and are not directly responsible for the kill – as you might think when you see them – at least somehow play a part in the deaths.

…still you need the bad stuff
Complaining about the lousy dialog should be forbidden since it is absolutely necessary for the movie. If not you would die of a heart attack. The cruelty, over the top-nature of the traps just makes you jump up and down, it is as stupid as it is hilarious and the 6 minutes of emotionless talk are absolutely mandatory to get back on the ground for the next death to work.

You can read from all this that you have to like those types of movies. If you haven’t yet been convinced by Final Destination you won’t be by this… but for people who enjoy those hilarious ideas Final Destination 5 is totally worth the money. Plus the final kill is a nice treat.

Rating and Moviequations (they’re back baby):

P.S.: This was very much like Piranha 3D a movie where I enjoyed THREEE DEEE very much… probably because it was used in a “pointing things at you”-stupid way, the only way this gimmick works. And this way is perfectly suited for a hollow gimmicky movie like Final Destination 5.