December 22nd – Catch Me If You Can 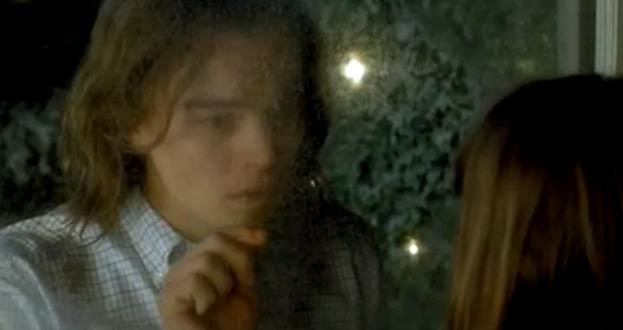 Christmas plays a very important role in what is probably my favorite Stephen Spielberg movie Catch Me If You Can. Based on the true story of Frank W. Abagnale it features Leonardo DiCaprio who becomes one of the most sought after counterfeiters.

Chased by Carl Hanratty (Tom Hanks) many of the conversations between Hanks and DiCaprio are set during Christmas be it a phonecall or a face-to-face talk in France. Especially in the “present” where Frank is already in prison there is a terrific emotional piece when Frank learns the whereabouts of his father and can no longer take it.

Running to his mother in the snow on Christmas Eve he finds his mother in a new home, living a new life with a daughter… same daughter sees Frank standing outside and in a touching scene the two worlds are only separated by a single window which has become impenetrable.