I am old, not obsolete!

END_OF_DOCUMENT_TOKEN_TO_BE_REPLACED
17. Juli 2014 / Wolfgang / Journey to the Planet of the Apes

After 2012’s reboot of the Spider-Man franchise (The Amazing Spider-Man) Mark Webb returns for The Amazing Spider-Man 2. Where the first movie was trying to emulate the style Christopher Nolan’s hyper-real Batman reimagining, this movie goes full into comic book mode, boasting colorful villains, giant action setpieces and an abundance of trouble for the hero Peter Parker (Andrew Garfield). And while the movie doesn’t reinvent the wheel – or convert any people who aren’t already on board of the superhero train – it offers a solid enough story to entertain for its quite long running time.

Flipthetruck Podcast #2 – Everything is Awesome

Comic Con is on its way and we can expect many genre news in the following days. IGN has revealed a poster for Godzilla (coming on May 16th 2014) directed by Gareth Edwards (Monsters (2012)).

The poster (as well as the variant) is done by Mondo and as usual with Mondo it has a very unique style:

Man of Steel – Is the world ready for Superman?

Superman is back on the big screen and we must ask the question that Superman Returns failed to answer in 2005: does the world need Superman?

Being the sequel to a super fast paced reboot Star Trek Into Darkness wastes no time and throws us right into an Indiana Jones inspired opening. While Kirk (Chris Pine) and Dr. McCoy (Karl Urban) have to distract the natives Spock (Zachary Quinto) has to stop a volcano from destroying this civilization. The high adrenaline opening culminates into a situation where Kirk violates the prime directive which forbids interference in lesser developed cultures.

His actions save the day but also make the primitive species worship the Enterprise as a symbol of some godly interference.

It is after this action sequence and the comedic payoff that the title card appears and the movie literally descends into darkness with a moody introduction of the mysterious villain John Harrison (Benedict Cumberbatch).

New Podcast about our favorite Space Opera! Scroll down to the end of the article… 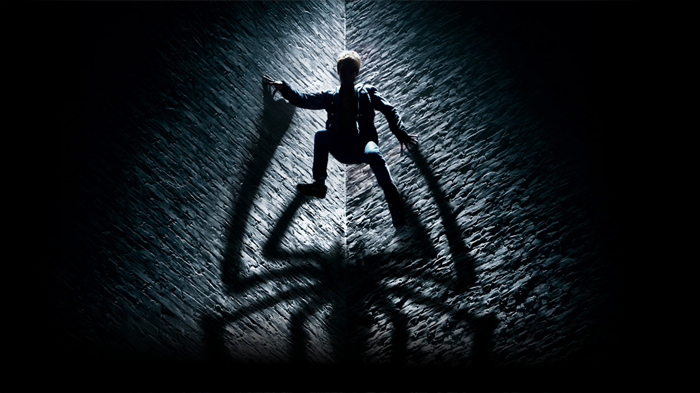